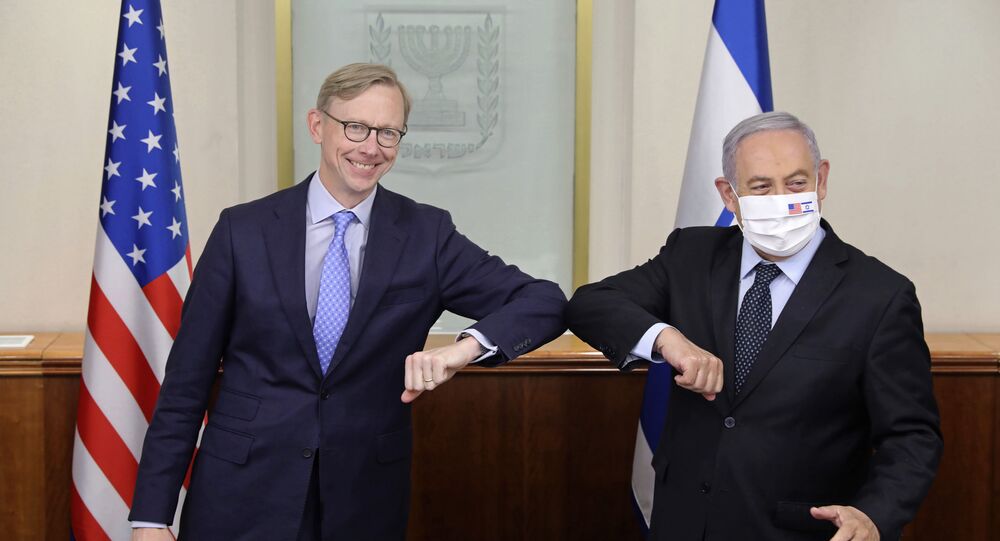 Reports suggesting that the Trump administration is urging Tel Aviv to block China from the development of 5G infrastructure in Israel emerged in late May, falling in line with Washington's confrontation with Chinese tech giant Huawei over its alleged connections with Beijing intelligence.

Israel and the United States are close to signing a so-called Memorandum of Understanding (MOU) that suggests Tel Aviv would refrain from using Chinese technology in building up the country's 5G infrastructure, The Jerusalem Post reported, citing unnamed US government sources.

“We’re optimistic that Israel will take a clean approach to 5G and choose to only allow trusted vendors in its 5G networks,” the anonymous US source said, cited by The Jerusalem Post. “Being a clean country benefits Israel’s national security, its citizens’ privacy and its businesses’ hard-earned intellectual property. We’re close to an understanding on this issue.”

According to the report, the Israeli Communications Ministry refused to comment, claiming that the matter is "very, very sensitive".

Demands to step away from Chinese equipment come as part of the US State Department's "Clean Network" project, a "program [...] safeguarding the nation’s assets including citizens’ privacy and companies’ most sensitive information from aggressive intrusions by malign actors, such as the Chinese Communist Party".

To fit the description of so-called "clean" countries, Israel will have to choose non-Chinese companies when developing its 5G infrastructure and use no Chinese components.

Earlier in May, reports suggested that the US ambassador in Israel, David Friedman, had urged Tel Aviv to refrain from Chinese investment into the country's 5G infrastructure, over concerns that Beijing was using the technology for "espionage".

Tel Aviv's reported move toward participation in the Clean Network program comes amid rising tensions between Washington and Beijing, particularly in the field of technology, as the Trump White House slammed China's tech giant Huawei as a "threat to national security" and banned it in the US.

In its enmity toward Beijing, the United States forced the United Kingdom to step away from Huawei participation in the 5G networks of Britain as well. Despite a London deal with Huawei over 5G infrastructure, Trump threatened to "stop doing business" with the UK if the UK continued to collaborate with Beijing on the deal.

Slovenia, US Sign Declaration on Security of 5G Networks