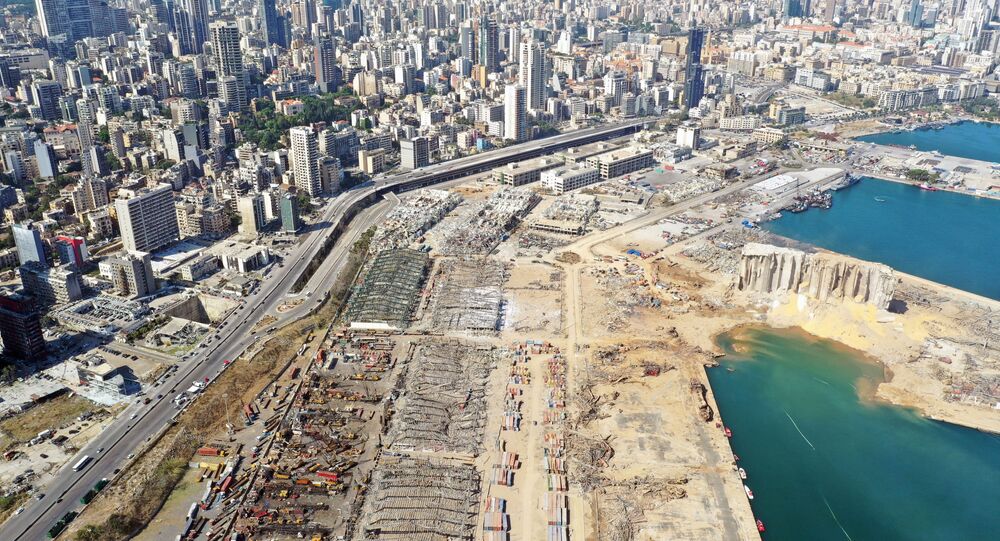 The tragic incident, which according to the first estimates was caused by an explosion of ammonium nitrate stored in the port, reportedly claimed the lives of over 130 people and injured thousands more. Countries around the world have since rushed to offer aid to Lebanon, with Israel being no exception.

Former Knesset member and founder of the right-wing libertarian party Zehut, Moshe Feiglin, sparked a major controversy in a Facebook post by calling the 4 August explosion in Beirut a "gift" from "God" to the Israeli people purportedly delivered ahead of Tu B'Av - a Jewish holiday similar to Valentine's Day.

"Today is Tu B'Av, a day of joy, and a true and huge thank you to G-d and all the geniuses and heroes really who organised for us this wonderful celebration in honour of the day of love […] we got a fantastic fireworks show from Beirut's port", the former lawmaker said.

Feiglin went on to question the preliminary version of the cause of the deadly blast, suggesting that it was not fertiliser, but rather "200,000 missiles" produced with the sole purpose of striking Israel, that exploded on that day in the city port. He justified his allegation by stating the blast was similar to one produced by a minor nuclear charge and claiming that he has witnessed the explosion of 2.5 tonnes of TNT and it was purportedly nowhere close to the explosion seen in the Lebanese capital.

"You don’t really believe that this was some messy fuel warehouse, yeah? Do you understand that this hell was supposed to fall on us like a rain of missiles?!", Feiglin said in the post.

In a radio interview recorded later, the lawmaker expressed hope that the deadly explosion was the result of an Israeli attack. Responding to the public outrage to his statement, he argued that the country "should be proud" of such an act and that its people "are all allowed to rejoice that it exploded in the port of Beirut".

The blast at the port of Beirut, located close to the city's densely populated centre, took place on 4 August reportedly leaving over 130 people dead and thousands injured. The explosion not only levelled the entire port, but also ripped through nearby city districts leaving up to 300,000 residents homeless.

The authorities' preliminary theory suggests that a 2.7-tonne shipment of fertiliser, stored in the port since 2014, caught fire and exploded. The origin of the initial fire still remains to be determined by the investigation, which the president urged to conduct as soon as possible.

Theories that the blast could have been caused by an Israeli air strike on an alleged Hezbollah arms depot in the port were dismissed by both the group and Tel Aviv in the first hours following the incident.