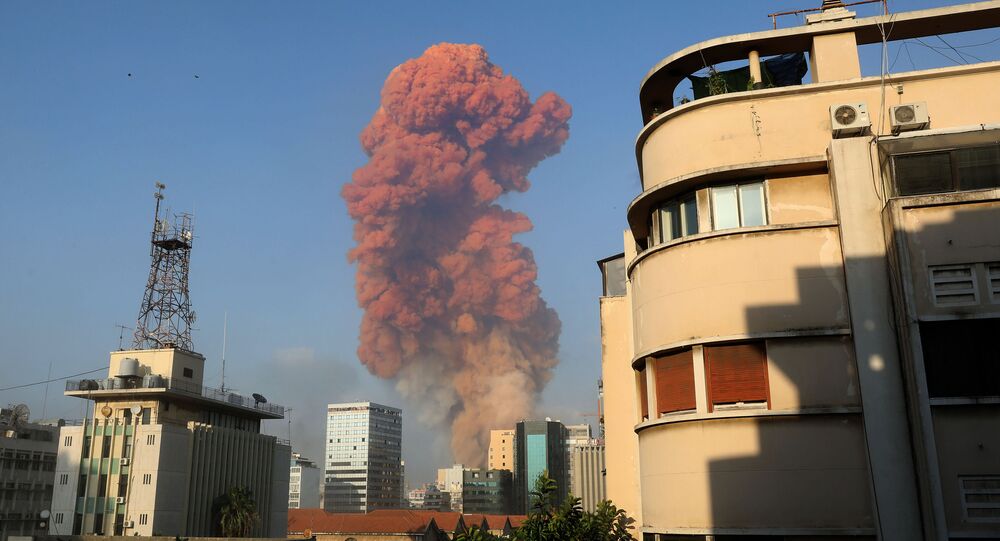 Many people have been injured after an explosion rocked Beirut, Lebanon, causing significant damage to houses in the nearby area, LBC TV reports, citing the health minister.

A powerful explosion has taken place near a port in Beirut, Lebanon, a Sputnik correspondent has reported.

According to Sputnik’s correspondent, the explosion was preceded by a small pop, with black and white smoke appearing five minutes after.

The blast was so powerful that the windows of surrounding houses and shops were destroyed kilometres away from the epicentre, the report said.

Numerous photos and videos of the explosion, as well as white plumes of smoke rising above buildings, have emerged on social media platforms.

According to initial reports, the explosion is not a terrorist act.

Unconfirmed reports from various correspondents suggest that Lebanon's capital was rocked by two explosions, with one of them taking place in the port and the other near former Prime Minister Saad Hariri's residence in the city centre.

The explosion comes amid a tense situation in the country. Lebanon has been suffering from its worst economic crisis in 30 years, prompting mass nationwide demonstrations to break out across the country since October 2019 and which resulted in the resignation of then-Prime Minister Saad Hariri’s government.