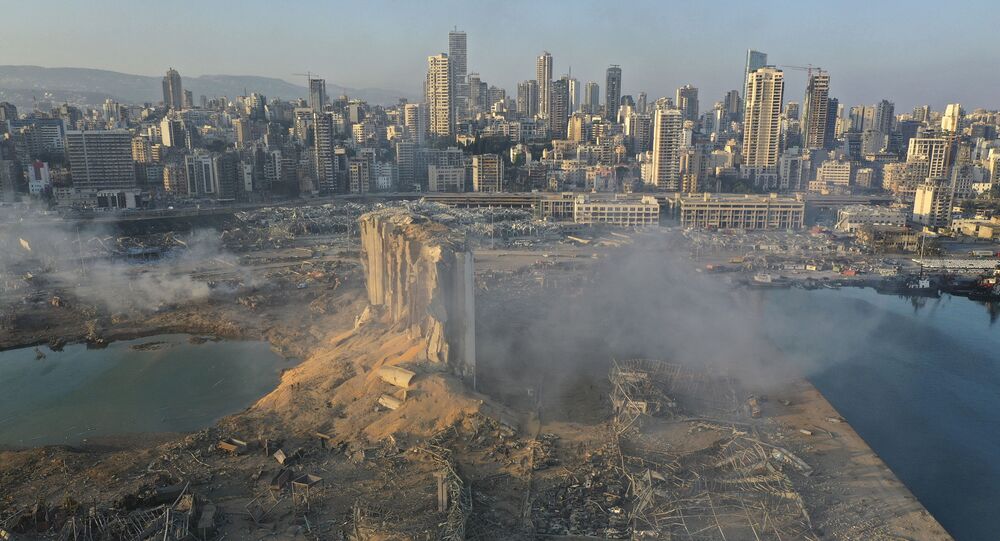 BEIRUT (Sputnik) - The Lebanese National Security Service launched an investigation five months ago in connection with the discovery of a large amount of ammonium nitrate in the port of Beirut, Lebanese television channel OTV reported, citing its own security sources.

According to the channel, the investigation established that the substances in the hangar were extremely dangerous.

With an eye to this, an order was sent to appoint a responsible person from the state and the port authority to take measures to prevent any emergencies, including an explosion.

A powerful explosion occurred in the port area of ​​Beirut on Tuesday evening. The city governor said half of the city's buildings were damaged, and hospitals were overcrowded due to a large number of injured.

© REUTERS / Mohamed Azakir
Ten Minutes of Destruction and Panic: Eyewitness Shares Harrowing Account of Massive Beirut Blast
According to the Health Ministry, more than 4,000 people were injured and over 78 died. The head of the country's general security service, Gen. Abbas Ibrahim, said that in line with preliminary data explosives stored in the port for a long time had detonated.

Lebanese Prime Minister Hassan Diab said the blast had been caused by improper storage of 2,750 tonnes of ammonium nitrate in the port of Beirut.

The Lebanese government has declared a three-day mourning for the victims of the tragedy.