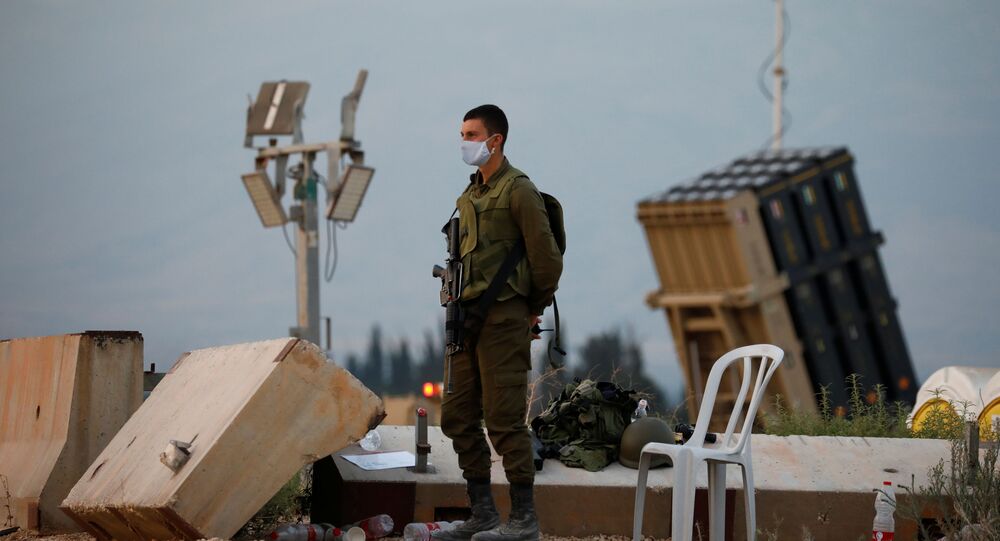 The Israeli Defence Forces noted that it "considers [the] Syrian regime responsible for any action taken in its territory", adding that "it will not allow" any violation of the sovereignty of the state of Israel.

The Israeli Defence Forces (IDF) announced it had thwarted an attempt by "four terrorists" to place explosives on the border between Israel and Syria, noting that troops successfully attacked the "terrorists" without any casualties to the IDF.

"Recently, an IDF force thwarted an attempt to place explosives on the Syrian border. A special force that ambushed the southern Golan Heights, near a military post, identified a squad of several terrorists placing explosives near the border fence. Simultaneous firing on the squad that numbered four terrorists hit them. No casualties to our forces", the IDF said in a statement.

The IDF said that "Northern Command forces are on high alert for any scenario", stressing that it considers the "Syrian regime" responsible for any action taken in its territory.

The statement went on to note that IDF "will not allow any violation of sovereignty of the State of Israel".

We just thwarted an attempt by 4 terrorists to place explosives near the security fence between #Israel and #Syria.

Our troops & aircraft fired toward the squad & a hit was identified.

We are ready for any scenario & hold the Syrian regime responsible for all events in Syria.

​A tweet reads: "Recently, IDF fighter jets and aircraft attacked targets of the Hamas terrorist organization in the Gaza Strip. During the attack, a concrete production site used to excavate underground infrastructure was attacked, and in addition, underground infrastructure of the terrorist organization Hamas was attacked. The attack was carried out in response to the rocket fire from the Gaza Strip into Israeli territory tonight".

Earlier on Sunday, the IDF said that it had intercepted a missile fired from Gaza toward Israeli territory.

In late July, Israel's border with Lebanon saw an escalation of tensions as Hezbollah reported that one of its fighters had been killed in what it claimed was an Israeli airstrike, vowing to retaliate. On 27 July, the IDF claimed it had thwarted an attempt made by "terrorists" to infiltrate the country, referring to Lebanese Hezbollah troops - something that the group dismissed as "absolutely not true".