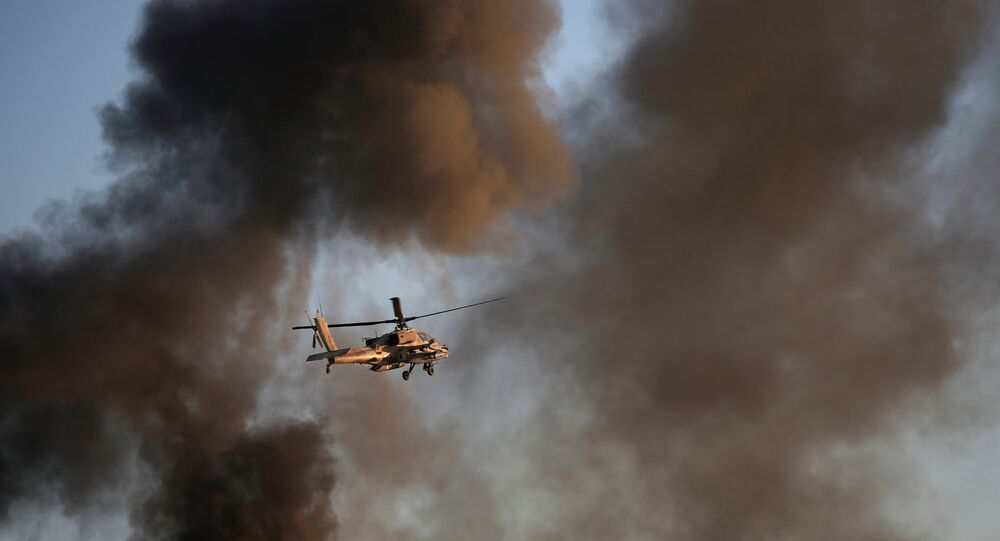 The Israeli army earlier announced that the country's armed forces are further stepping up security measures on the northern border on the heels of an escalation that was unfolding on the frontier with Lebanon and Syria the past few days.

Earlier today, munitions were fired from Syria toward Israel.

In response, our aircraft struck military targets in southern Syria belonging to the Syrian Armed Forces.

We hold the Syrian regime responsible & will respond to any violation of Israeli sovereignty.

"Today, at 11 pm local time, Israeli helicopters fired missiles at three forward positions in the province of Quneitra", the ministry said in a statement on late Friday, adding that the incident left two servicemen injured.

According to the Syrian state television, explosions were heard near the town of Hader in the Quneitra Province.

On Thursday, Sputnik has learned from Lebanon's Hezbollah paramilitary group that one of its members was killed as a result of what it believed was an Israeli airstrike in the south of Damascus, the capital of Syria, located northward across the border from the Israeli-controlled Golan Heights.

The IDF refused to comment on reports that the Syrian air defenсes repelled the attack.

Israel has controlled the Golan Heights since capturing it from Syria in the 1967 Six-Day War, though the annexation has been never recognised by the United Nations. In 2018, the UN General Assembly adopted a resolution urging Israel to immediately withdraw its forces from the Golan Heights after the country organised local elections in the area on 30 October.

The Golan Heights is widely seen as an exceptionally important strategic area, chiefly due to the fact that it offers a clear view on both Syria and Israel.