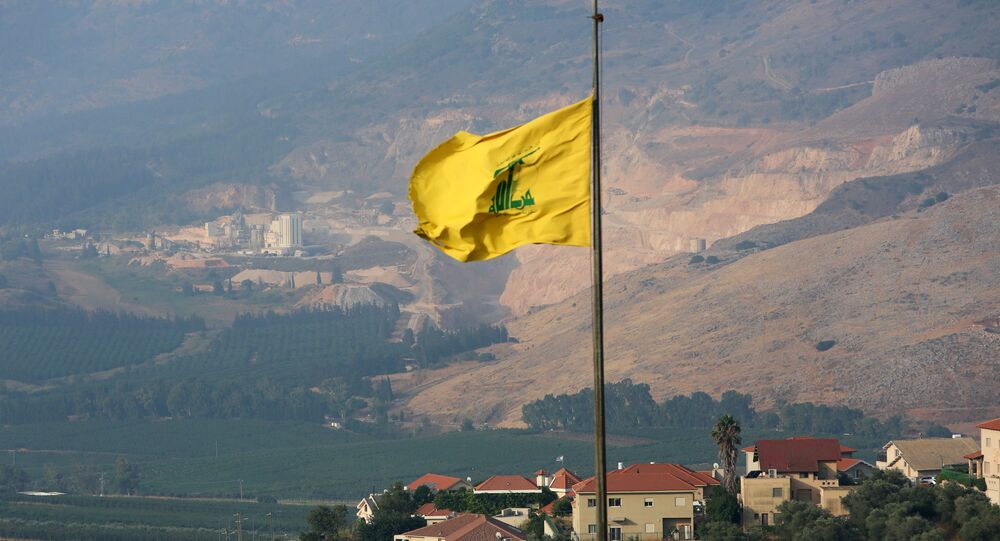 Armed clashes were reported on 27 July along the border between Israel and Lebanon, with a source in the Lebanese Security Service saying they occurred after a detachment of Hezbollah fighters purportedly attempted to destroy an Israeli military convoy.

In a statement the Hezbollah movement has officially denied earlier allegations it made an unsuccessful attempt to "infiltrate" Israel from Lebanon that resulted in border clashes with the IDF, the Tasnim News Agency reported. The group also dismissed reports of them sustaining casualties as a result of Israeli air raids, calling them "absolutely not true".

The Lebanon-based movement suggested that the media reports of its involvement and casualties stem from Tel Aviv's desire to boast of victories over Hezbollah that have never taken place. The group also reported that Israeli strikes across the border had resulted in civilian casualties in the village of Al-Habbariyeh, adding that such hostile acts will "not be tolerated at all".

"The occupiers' claims are all aimed at fabricating spurious and fictitious victories for them. Up to this moment, there has been no conflict or opening of fire started by the resistance [forces]", Tasnim reported the group as stating.

At the same time, Hezbollah didn't deny losing at least one fighter in a recent Israeli air strike in Syria not far from Damascus. The movement condemned Tel Aviv's actions, promising that Israel will inevitably get a proper response from Hezbollah.

"Our response to the martyrdom of the mujahideen brother Ali Kamel Mohsen - who was martyred in the Zionist aggression on the outskirts of Damascus International Airport - is definitely coming and the Zionists only have to wait for the punishment for their crimes", the group said.

The IDF air strikes in southern Syria near its capital took place on 24 July. The Israeli military claimed that the attack was a response to munitions being fired from the territory of the Arab Republic towards Israel resulting in two servicemen being injured.

The exchange of fire was followed by the crash of an Israeli military drone on Lebanese territory on 26 July, which was reportedly caused by a malfunction. The following day, armed clashes happened along the border between the two countries, with Israel reportedly shelling the settlement of Kfarchouba in the country's south. On the same day, the IDF claimed that it thwarted an "infiltration attempt by a Hezbollah terror squad" without sustaining casualties. Israeli Prime Minister Benjamin Netanyahu, in turn, warned Lebanon against "playing with fire" on the border.

Last year, Tel Aviv boasted about closing off numerous underground tunnels coming from Lebanon and purportedly built by Hezbollah to infiltrate Israel. Netanyahu at the time accused the Lebanese government of "colluding" with Hezbollah, ignoring the movement's activities targeting Israel.