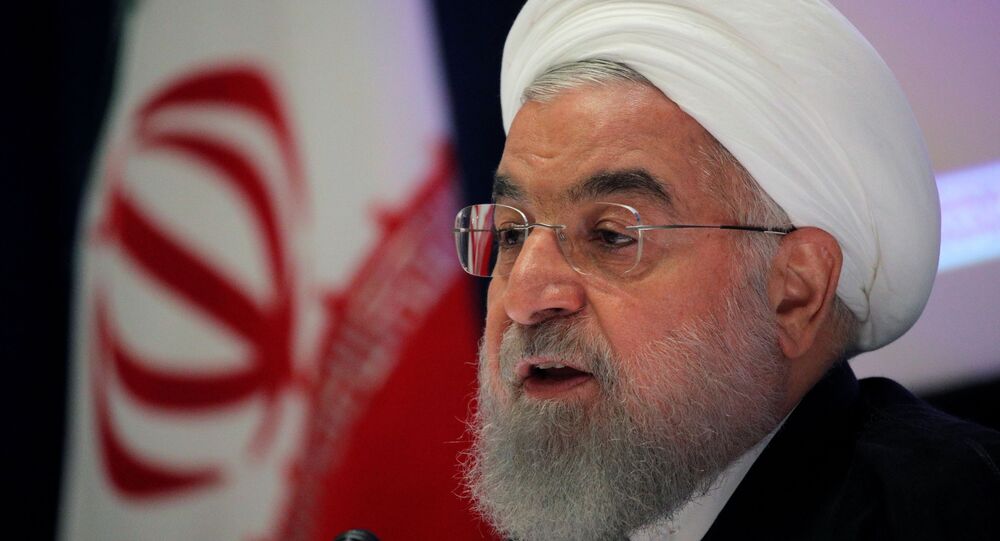 Tehran reported on 23 July that an Iranian passenger plane was approached dangerously close by two American fighter jets as it was flying through Syrian airspace. Media reports suggest that the airliner was approached by the warplanes two times in a matter of six minutes.

Iran's President Hassan Rouhani has harshly condemned the actions of the US Air Force, which sent two F-15 fighter jets to "inspect" a Mahan Air airliner that was flying from Tehran to Beirut on 23 July. Rouhani said that the fighters' dangerous approach, which forced the passenger jet's pilot to take evasive action, was an act of "rudeness and dangerous mischief" as well as terrorism by the US.

"It is an example of 'aerial terrorism' when the fighter jets fly close to a passenger plane in a free international route and frighten the passengers", the Iranian president said.

Rouhani called on the International Civil Aviation Organisation (ICAO), the United Nations Security Council, and the two countries whose airspace was affected, Syria and Lebanon, to take action in response to the dangerous US moves and hold Washington accountable for the violation of international law.

Iranian authorities earlier lashed out at the actions of the US F-15s, which reportedly resulted in several passengers on board Mahan Air Flight 1152 suffering traumas due to hitting their heads against the ceiling when the airliner's pilot made an evasive manoeuvre to avoid a collision with the aggressively approaching fighters. Transport Minister Mohammad Eslami slammed the US military, wondering how a civilian jet could have raised suspicions that would justify the actions of the F-15s.

"Harassing a passenger plane is a terrorist act. How can a passenger plane that is flying it its commercial route in accordance with aviation protocols be attacked and threatened by another country’s warplanes?" the minister asked.

According to a report by PressTV, the passenger plane was approached by the American fighters twice in a matter of six minutes - first when the plane was flying over Syria's al-Tanf region, controlled by US troops illegally deployed there, and then when the airliner approached Syria's border with Lebanon.

The US Central Command (CENTCOM) denied the accusations made by Iran, claiming that the American planes acted in line with international standards and kept a distance of 1,000 metres from the civilian aircraft. CENTCOM justified the approach of the F-15 jets by saying that there was a need for a “visual inspection” of the civilian aircraft, but did not clarify what suspicions the regular airliner raised.