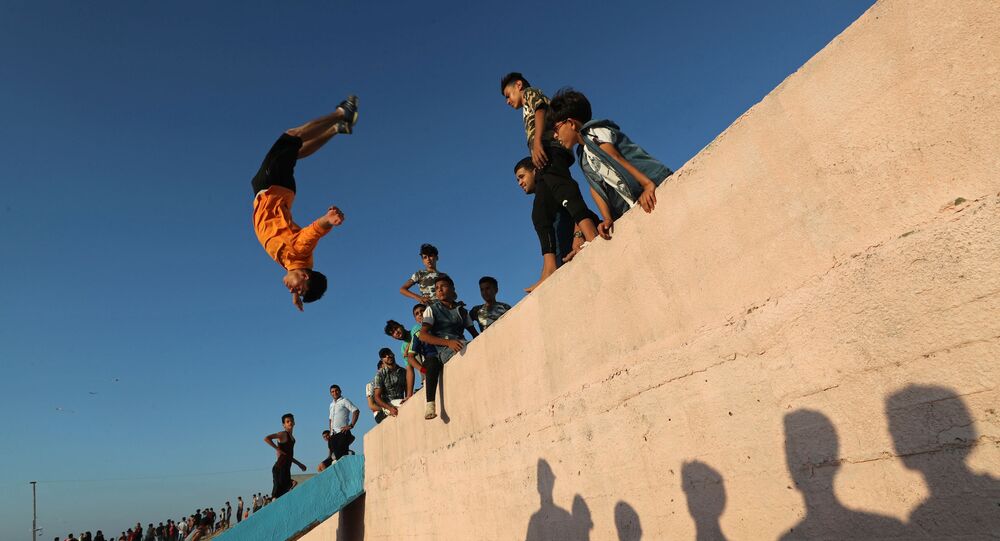 Suicide rates have spiked in Gaza since the outbreak of the pandemic which worsened an already unstable economic situation in the region. Suleiman Al Ajouri was just one of 35 young people who took their own lives in 2020 and a human rights activist says a future that curerntly offers few solutions is looking even bleaker.

Gaza native Suleiman Al Ajouri was only 23 years old when he committed suicide at the beginning of July, devastating his family and friends.

Moments before he shot himself in the head on the staircase of his home, he posted a message on Facebook hinting at his intentions.

"This won't be a futile attempt", he wrote. "It's an escape. Enough! Complaining to anyone but God is no more than humiliation".

At the time, nobody took it seriously but when Suleiman was gone his post made perfect sense and his friend, Adham, whose real name cannot be revealed for security reasons, says he understood the reasons that pushed him to make that decision.

A lack of a romantic relationship and many of his friends, who refused to cope with the dire political and economic situation, having left Gaza, made Suleiman feel lonely and isolated.

He too repeatedly tried to leave the Gaza Strip and had even applied for a visa to Turkey but was forced to withdraw his papers after realising that he wouldn't be able to collect enough money to fund his relocation costs. The latter usually runs into the thousands of dollars.

Although Suleiman attended university, his future, at least the way he saw it, didn't give him a ray of hope. Penniless, jobless, and with no opportunities, Suleiman was desperately trying to change Gaza, protesting against its Hamas government which he believed had deprived people of their basic rights.

Being one of the activists in Gaza's "We Want to Live Movement", he staged rallies and demonstrations calling on Hamas to provide the enclave's residents with the basic necessities.

One such rally took place in 2019 but just as with other demonstrations against the government, this one too was violently dispersed by the Islamic group. Suleiman was arrested and even after his release he was constantly harassed by Hamas.

"All Suleiman wanted was to live a normal and dignified life, a life that would enable him to fulfill his ambitions. But this oppressive government, as well as the Palestinian Authority, which doesn't care about us, cut his dreams short", Adham complained.

But Suleiman was not the only victim of their policies. On the same day that he killed himself, three other Gazans decided to take their lives. They too were young with a future ahead of them. Salah Abdul Aati, a human rights activist from Gaza, says their lives could have been spared if only the economic situation had improved.

Gaza's economy rapidly deteriorated after Hamas, an Islamic group deemed a terrorist organisation by Israel, took control over the Strip in 2007. Shortly afterward Israel imposed a blockade over the entire area and the economic situation in Gaza deteriorated, pushing the enclave's unemployment and poverty numbers to unprecedented heights.

According to official statistics, in 2019 unemployment in Gaza stood at more than 45 percent, while those without jobs among the younger population (between 15 to 29) made up a staggering 61.3 percent.

"Many young people don't know how to deal with this situation. It's difficult to be in your thirties without a job, family and hope, and this is why many fall into depression and choose what they think is an easier option - taking their own lives".

In 2019, Gazan authorities registered 22 suicide cases, although human rights groups warned that the actual numbers were much higher. However, the period from January to June 2020 broke last year's record, with the number of suicides reaching 35 cases, and Abdul Aati believes that part of the reason for the spike is the fiscal crisis triggered by the coronavirus.

Since the outbreak of the pandemic in March, Hamas, who wanted to curb the spread of the disease, has introduced several measures to keep the pandemic at bay. Apart from imposing a full lockdown, authorities also closed down schools, government institutions and businesses, a move that resulted in many Gazans losing their jobs.

© REUTERS / Ibraheem Abu Mustafa
Hamas Has no Plans to Relinquish Power in Gaza 13 Years After Takeover
Another reason for the bleak situation is the low investments in Gazans' mental health, and a lack of personnel capable of tackling the growing challenge.

And this has led Adham to believe that even if the authorities do manage to contain the disease, the future will still look gloomy for many youngsters living in the blockaded enclave.

"Hamas will not relinquish power and [Palestinian Authority President - ed.] Mahmoud Abbas will not help to ease the situation. And while authorities provide no psychological help to the masses suffering from the unstable political and fiscal situation, youths in Gaza will continue to lose their lives".