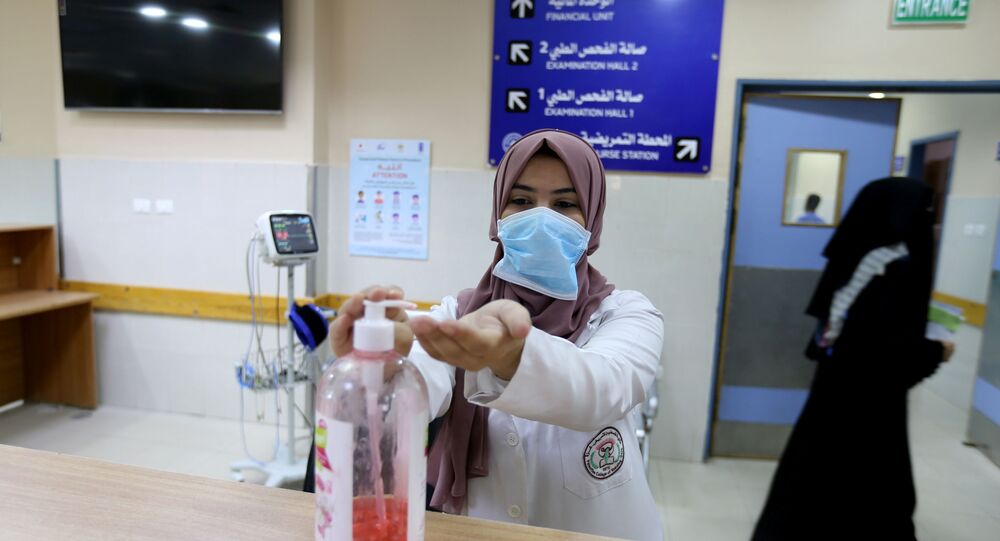 In recent weeks, the Gaza Strip started opening up as authorities decided to lift restrictions imposed earlier this year to contain the spread of COVID-19. But for many Gazans, who have lost their jobs and found themselves in poverty, life will never become normal again.

Hamas, the Islamic group that controls the Gaza Strip, continues to open up the enclave, easing restrictions it imposed in mid-March in an attempt to curb the spread of COVID-19 that has seen at least 60 people infected.

While restaurants, schools, offices and even mosques reopened, taking back hundreds of employees who have been left jobless during the lockdown imposed on the Strip, many in the enclave still find themselves unemployed despite the resumption of normal life.

Mohammed Hijazi, a 38-year old from the city of Gaza, was just one of those whose life has been split into two since the outbreak of the pandemic.

Before the eruption of the virus, the father of five, an educated Palestinian, had been working for a private company that imports mobile phones and computers from China.

Earning slightly more than $600 a month, $400 more than Gaza's average salary, he said it was "more than enough" to maintain a good quality of life despite being the only breadwinner in his family.

The COVID-19 outbreak changed that equation. The company's products were stuck in Chinese ports, failing to reach their customers in Gaza, sales dropped and the bosses of Hijazi, who found it unprofitable to employ a large number of employees, decided to lay off several of them.

"At first the owner fired some of my colleagues but as the situation dragged on, he asked me and three other employees to stay at home. I was angry with the decision, not just because I didn't have any other sources of income and my entire family was dependent on me, but also because I had been loyal to my place of work for more than ten years."

His employer now needs "at least a year" to restore his business and return to normal operations, but since other employers do not seem to be looking for new employees, the chances of Hijazi finding another job are slim. Meanwhile, the likelihood of him being pushed into poverty is actually on the rise.

The problem is that he is not alone. According to official data, the first quarter of 2020 saw a 45.5 percent unemployment rate in Gaza, an increase of 3 percent from the previous 42.9 registered in the last quarter of 2019.

Poverty rates have also been worsening. Since the outbreak of the pandemic, 53 thousand families have been thrust into poverty, pushing the total number to 115 thousand households, 80 thousand of which reside in the Gaza Strip.

"My financial situation leaves much to be desired. I had to sell all my wife's gold to be able to stay afloat but honestly speaking, I really don't know how long this situation can continue," said Hijazi, adding that the local authorities were struggling to offer him any kind of assistance.

The Hamas-run government allocates only 12 percent of its $800 million budget to the payment of pensions and social benefits.

But the $110 million allocated to this purpose is distributed only among the impoverished families that have relied on the assistance of Hamas for years, not the households that fell into poverty after the outbreak of the pandemic.

In an attempt to explain the situation, Mousa Sammak, the undersecretary of Hamas's Minister of Labour, pointed the finger of blame at Israel's blockade, imposed in 2007 as a response to the Islamic group's seizure of power, and said his government was struggling to find a solution to the current crisis.

"We've paid hundreds of thousands of poor families but this assistance is definitely not enough. I hope that donor countries will support the Gaza Strip and contribute more money to the impoverished population," Sammak said.

© REUTERS / MOHAMMED SALEM
Gaza-Border Rallies Cancelled, Hamas Eyes Indirect Cooperation With Israel to Curb Coronavirus
Most of Hamas's budget is obtained from generous donations offered by Qatar, Iran and Turkey as well as a number of Western donors.

Only recently it was reported that Qatar has delivered $50 million package to the coastal enclave, whereas other cash injections were much higher, totalling hundreds of millions.

But Sammak said his government was limited in its options when distributing the funds.

"We use that money to pay the salaries of our employees, who are also suffering from the dire economic condition. In addition, a lot of this cash is pumped into assisting the 120 thousand impoverished families. The problem is that these funds are definitely not enough, given the fact that the amount of the poor doubled since the outbreak of the pandemic".

And while Hamas is still looking for solutions, Hijazi doesn't plan on sitting idly by.

"I cannot wait until the government offers me the much needed assistance, so I went into e-commerce hoping that I will be able to make some money, save it and launch my own project."