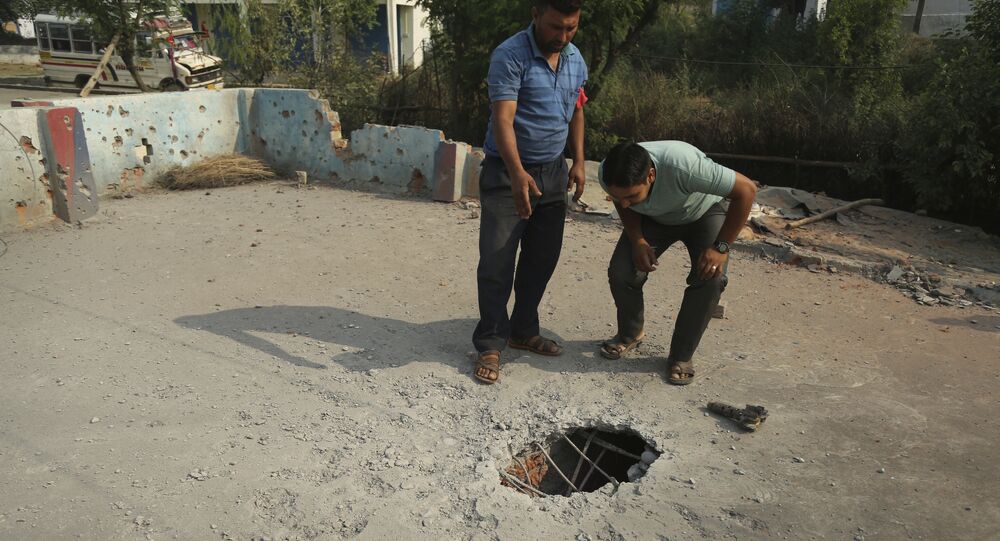 NEW DELHI (Sputnik) - India on Saturday summoned Pakistan’s Charge d'Affaires in protest over alleged ceasefire violations by Pakistani forces along the Line of Control (LoC), the External Affairs Ministry said in a statement.

"Charge d’Affaires of the Pakistan High Commission was summoned today and a strong protest lodged on the death of three innocent civilians, including a child (and injury to another child), in an unprovoked ceasefire violation by Pakistani forces in the night of 17 July 2020 in Krishna Ghati Sector in Jammu and Kashmir. The deceased persons belonged to a single-family," the ministry said.

New Delhi also claimed that Pakistani forces indiscriminately targeted civilians in over 2,711 ceasefire violations this year alone, during which 21 Indians have been killed and 94 others injured, the ministry added.

© AFP 2020 / ERIC FEFERBERG
India Lodges Protest Against Pakistan, China Over Diamer Bhasha Dam
According to Pakistan, India has also violated the ceasefire more than 1,500 times in 2020 and its military killed at least 14 civilians, while over 100 more have suffered various injuries.

India-Pakistan relations have worsened recently, and Pakistan Prime Minister Imran Khan has even claimed that New Delhi was responsible for the last month’s attack on the Pakistan Stock Exchange in the country's largest city of Karachi. India has denied any involvement in the attack.