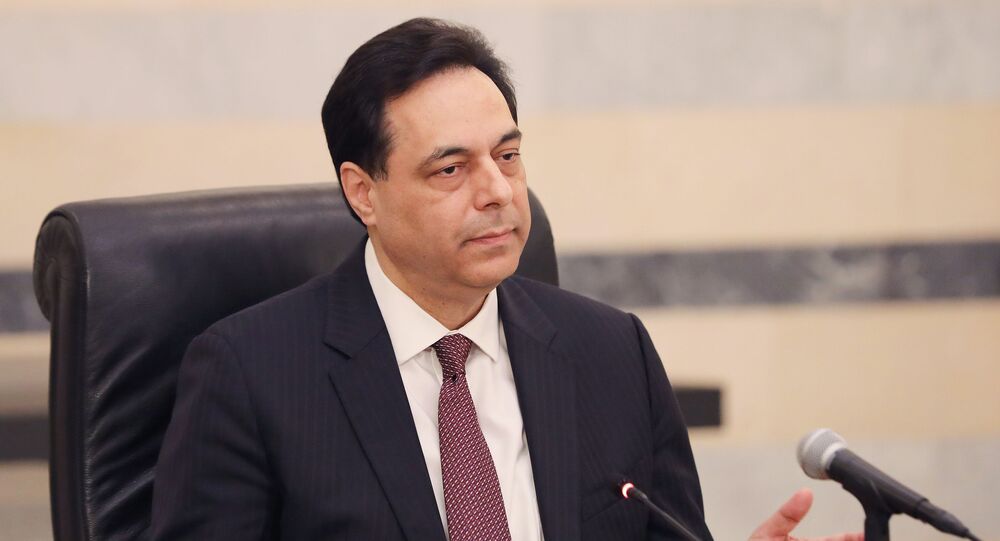 BEIRUT (Sputnik) - The Lebanese government has thwarted plans to create a large-scale sectarian conflict in the country, which was close to becoming a reality after violent clashes took place this past weekend, Prime Minister Hassan Diab said Wednesday.

"Lebanon experienced a dangerous moment at the end of the past week, and we overcame attempts to create a sectarian conflict", Diab said after a government meeting.

The prime minister accused Israel of attempting to stir up unrest in Lebanon and also hit back at opposition groups that blame him for the country's current financial crisis, which Diab stated was the result of decades of economic mismanagement.

On Monday, the Lebanese security forces infiltrated and detained individuals belonging to four groups that were alleged to have instigated the violent clashes this past weekend. Beirut stated that many of those arrested were foreign nationals.

A wave of public unrest swept through Lebanon past weekend, as demonstrators took to the streets of Beirut to protest against the country’s ongoing economic crisis. During the protests, clashes broke out between Sunni and Shiite Muslims, although the situation was later stabilized after the armed forces intervened.

Lebanon has been gripped by widespread protests for months, and the public unrest eventually led to the toppling of the previous government in October. Demonstrators have consistently demanded economic reforms amid a worsening financial crisis in the country, which has resulted in the sharp depreciation of the local currency.