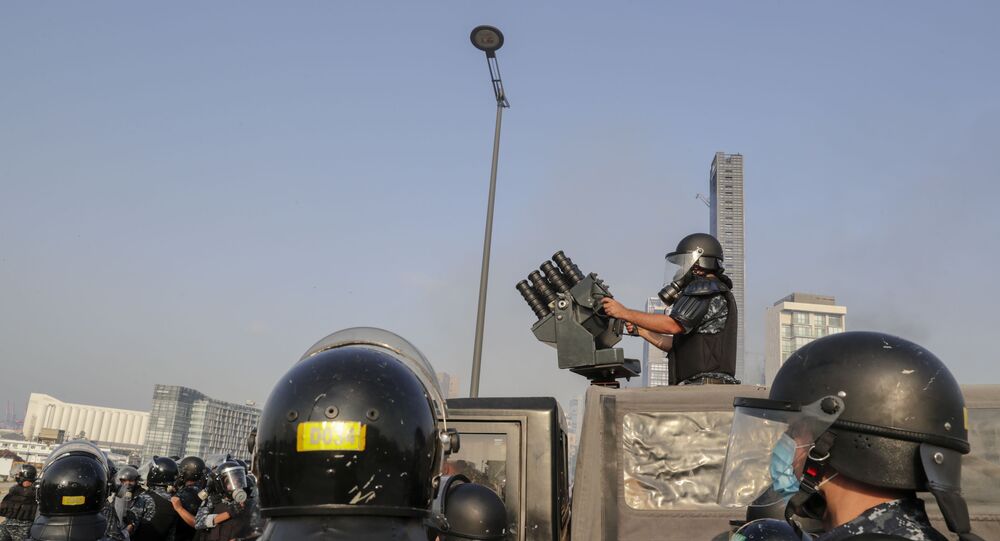 Hundreds of violent protesters pelted the parliament's building with stones and smashed shop windows before moving to central Martyrs Square, where thousands were holding a peaceful protest, a Sputnik correspondent said.

The demonstration quickly descended into chaos, with protesters hurling rocks and firecrackers at security forces, who responded with volleys of tear gas.

Rival protests were held by those opposing Hezbollah's influence on the government and Shiite supporters of the Lebanese militant group.

Troops were called in to disperse the crowd. In response, demonstrators set a police motorbike on fire and barricaded the road with burning tires and trash cans.

Peace returned to the iconic square, the centre of last year's protests that toppled the previous government after the military held brief negotiations with the crowd.

Lebanon has seen months of pro-reform protests since frustration over the government's inability to stop currency depreciation brought people into the streets in October. Prime Minister Hassan Diab, who took office in January, has been in talks with international creditors to secure a financial lifeline for the nation.