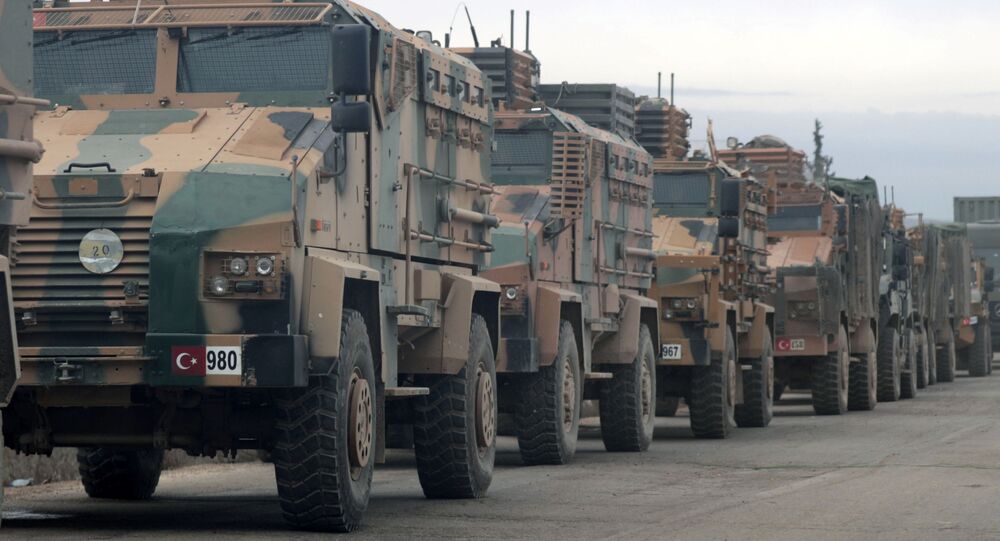 The Turkish Ministry of Defence reported on Wednesday that two Turkish soldiers were killed and 2 injured in an airstrike in Idlib, Syria, the ministry said in a statement on Twitter.

The ministry said that its army had conducted a retaliatory strike targeting Syrian government forces in the region. As a result of the strikes, 114 members of the Syrian forces were "neutralised", one air defense system, one anti-tank system, one ZU-23 anti-aircraft installation, three tanks and one vehicle transporting ammunition were destroyed, while three tanks were captured.

"The blood of our martyrs has never been left on the ground, nor will it be left after that," the Turkish military statement added.

The statement from Ankara noted that retaliatory attacks on Syrian government targets had been taken "immediately " and would "continue to be taken".

earlier on Wednesday, Turkish President Recep Tayyip Erdogan stated that his country's army will not take  "smallest step back" in Syria’s Idlib province, saying that the time Ankara has given Damascus to pull its troops away from Turkish observation posts in Syria’s Idlib is coming to an end.

Erdogan vowed that Turkish forces will push the Syrian Army beyond the perimeter of those posts by the end of February.