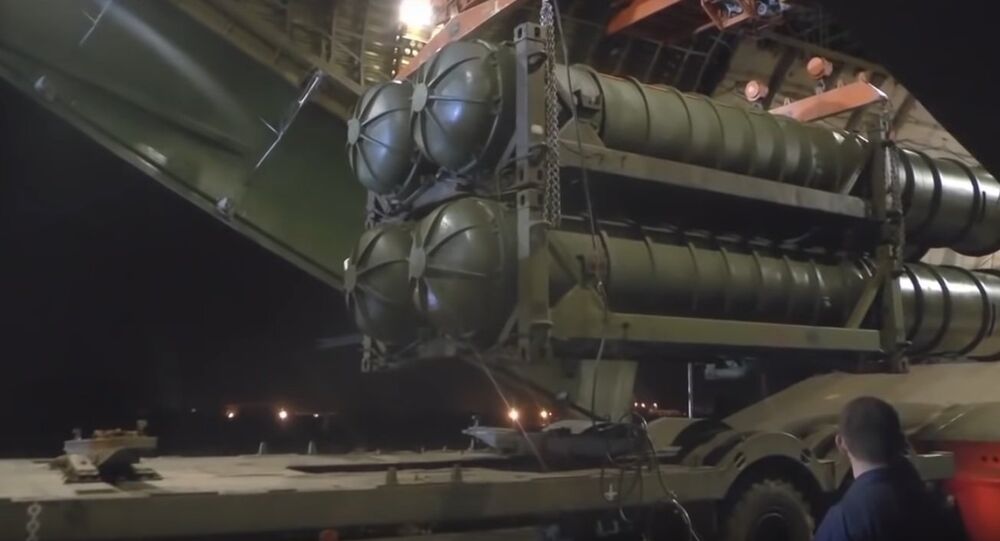 The Turkish military and Turkish-backed militias and Syrian forces became engaged in a shooting war in Syria's Idlib province following a Syrian artillery attack on a Turkish observation post last week. Damascus began an operation in the province in December amid repeated attacks on its forces by terrorist militants operating in the region.

The Syrian Army has warned that its air defences would shoot down any aircraft violating the country's airspace.

According to the military, air defence troops have received orders to defend the country's airspace "by all available means."

"As a result of shelling by the Syrian regime in the Idlib area, contract serviceman Mecit Demir was killed," the official said.

According to Turkey's Sabah newspaper, the serviceman was a member of a tank crew, and succumbed to his injuries in hospital. Funeral services are expected to take place in Gaziantep on Sunday.

Demir was the sixteenth Turkish soldier killed in fighting in Idlib this month.

Abdulhamit Gul, Turkey's minister of justice, posted a photo of the soldier, issuing his condolences to Demir's family and friends.

Also on Saturday, the Russian military reported that Defence Minister Sergei Shoigu discussed the need to stabilize the situation in the Idlib de-escalation zone with his Turkish counterpart Hulusi Akar.

"During the phone conversation, [the ministers] discussed the issues [related to the] stabilization of the situation in the Idlib de-escalation zone," the ministry said. According to the MoD, the two sides exchanged opinions on the situation in Syria more broadly. No further information about the call was provided.

On Thursday, the Russian Foreign Ministry warned that Turkey's support for militants attacking Syrian Army forces in Idlib province was a violation of Russian-Turkish agreements on the need to separate the armed opposition from terrorists which threatened to "provoke a further escalation in the conflict" in the renegade Syrian region.

Earlier, the Russian Defence Ministry cast doubt on Ankara's claims about the possibility of a humanitarian disaster if Turkey were to withdraw from Syrian territory, saying there was no evidence about the reports of "a million" refugees moving from Idlib toward the Syrian-Turkish border. The Russian military accused Turkish-backed militants supported by Turkish artillery of attacking Syrian Army positions in Idlib. In a telephone conversation with President Recep Tayyip Erdogan on Wednesday, Russian President Vladimir Putin expressed his serious concern about aggressive actions by extremist groups in Idlib against Syrian Army troops, and called for "unconditional respect for Syria's sovereignty and territorial integrity."

Tensions in the Idlib de-escalation zone escalated on February 3 after Syrian forces shelled a Turkish observation point in the province, killing several troops and prompting Ankara to threaten an imminent large-scale invasion. Damascus began an anti-terrorist operation in Idlib in December following repeated militant attacks on Syrian troops. Last week, the Syrian government vowed to fight terrorists throughout the country, including in Idlib, notwithstanding Turkish invasion threats.

Russia, Turkey and Iran serve as guarantors of a ceasefire agreement reached in Astana, Kazakhstan in 2017, which set up four de-escalation zones in the war-torn country. Damascus has since retaken control over three of these zones, but the fourth, situated in Idlib and parts of several neighbouring provinces, remains controlled by a broad array of armed militias and terrorists, including Nusra Front, the al-Qaeda-affiliated terror group which currently calls itself Hayat Tahrir-al-Sham.*

In addition to the tens of thousands of militants believed to be concentrated in the region, Idlib is home to hundreds of thousands of civilians. Damascus has accused terrorists of attempting to use these civilians as human shields, making the task of liberating the province more difficult.

* The terror group is outlawed in Russia and many other countries.