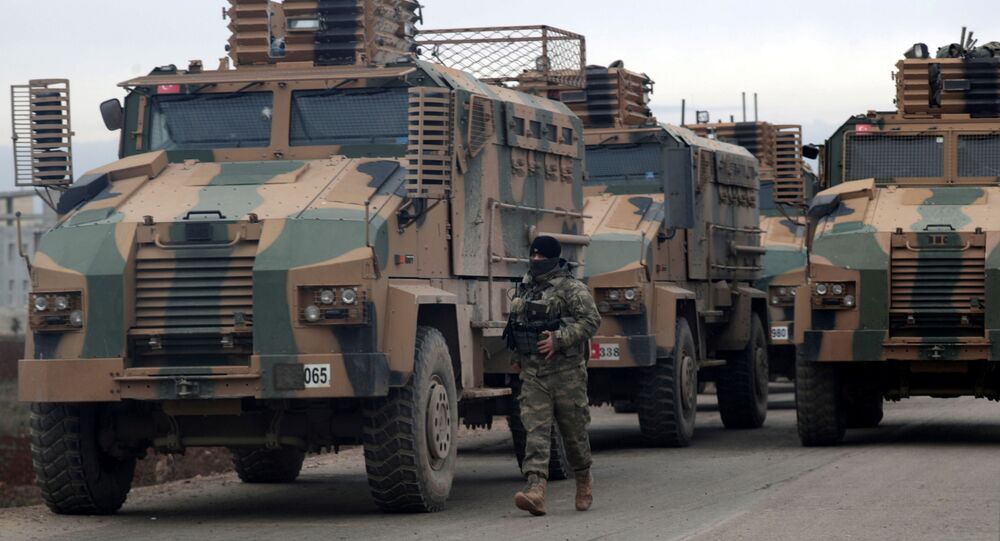 MOSCOW (Sputnik) - As Turkey has supported a militant attack in Syria, it has violated the agreement with Russia on separating armed opposition from terrorists in the crisis-torn country, and this move may provoke a further escalation in Idlib, the Russian Foreign Ministry's spokeswoman, Maria Zakharova, said Thursday.

"We are expressing significant concerns over such support for militants from the Turkish armed forces", Zakharova said. According to the spokeswoman, the incident is seen as a "violation of the Russian-Turkish agreements on separating armed opposition from terrorists, and creating a demilitarized area, and it may provoke a further escalation in the conflict in this part of the Syrian national territory".

Russian Foreign Minister Sergey Lavrov said earlier in February that Turkey did not implement some of its key obligations for resolving the Idlib crisis, accusing it of failing to separate the armed opposition from terrorists. Meanwhile, Turkish Vice President Fuat Oktay has said that the country has fulfilled all of the undertaken commitments on Idlib.

Under the agreement, reached by Russia, Iran, and Turkey in May 2017 at the talks in the Kazakh capital, four de-escalation zones have been created in Syria. While the territories of three of them are controlled by Damascus since 2018, the fourth de-escalation zone, located in Idlib and parts of neighboring provinces of Latakia, Hama, and Aleppo, remains out of the government control. A large part of the de-escalation zone is seized by the Hayat Tahrir al-Sham terror group* (formerly known as Nusra Front*). In September 2018, Russia and Turkey reached an agreement in Sochi to create a demilitarized zone in Idlib, where over 10 militant groups operate.