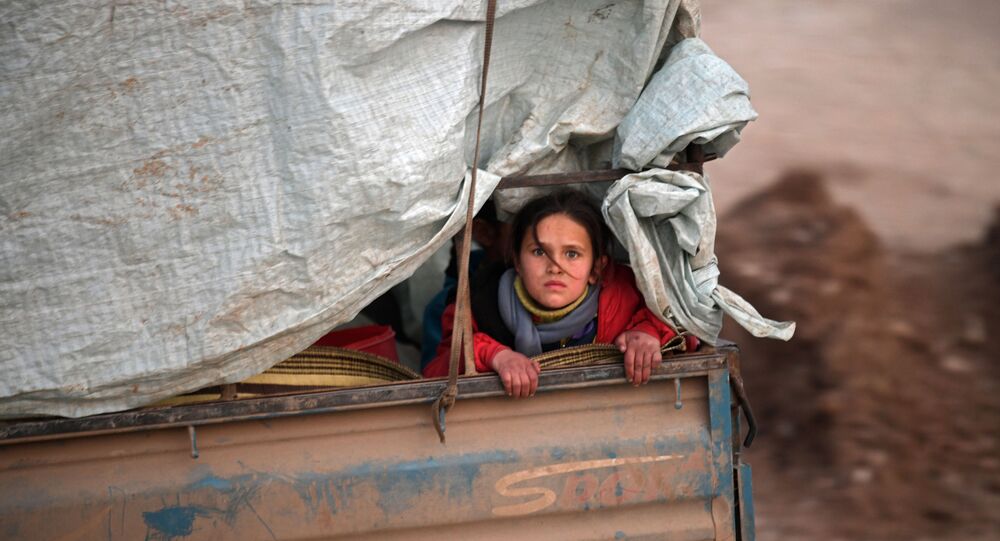 On Thursday, the Russian Defence Ministry said that pro-Turkish militants, supported by Turkish artillery, had attacked the defences of the Syrian army in Idlib.

There is no confirmation to reports that "about a million" refugees are moving from the de-escalation zone in Idlib to the Syrian-Turkish border, the head of the Russian Centre for the Reconciliation of the warring parties in Syria, Rear-Admiral Oleg Zhuravlev said.

"The information about the alleged 'hundreds of thousands' of civilian residents of the province heading for the Syrian-Turkish border because of military clashes between terrorists and the Syrian government forces in the east of the province is not true," he said.

There have been no "verifiable photos or video recordings" that would prove this exodus, Zhuravlev said.

Transport routes in Idlib have been working as usual these past few weeks, which has made it possible to move weapons and cargo transport with ammunition from Turkey into the area, he added.

Earlier this week, the Russian Defence Ministry said that militants loyal to Ankara and supported by Turkish artillery had attacked the defences of the Syrian army near the villages of Qmenas and Nerab in Idlib. Russia's Su-24 aircraft fired at the militants and helped the army repel the attack. According to the Turkish Defence Ministry, two Turkish soldiers were killed and five more injured in the attack in Idlib, while more than 50 Syrians were killed in the retaliatory fire.

Russian Foreign Ministry spokeswoman, Maria Zakharova, said that Moscow sees the incident as a "violation of the Russian-Turkish agreements on separating armed opposition from terrorists and creating a demilitarised area."