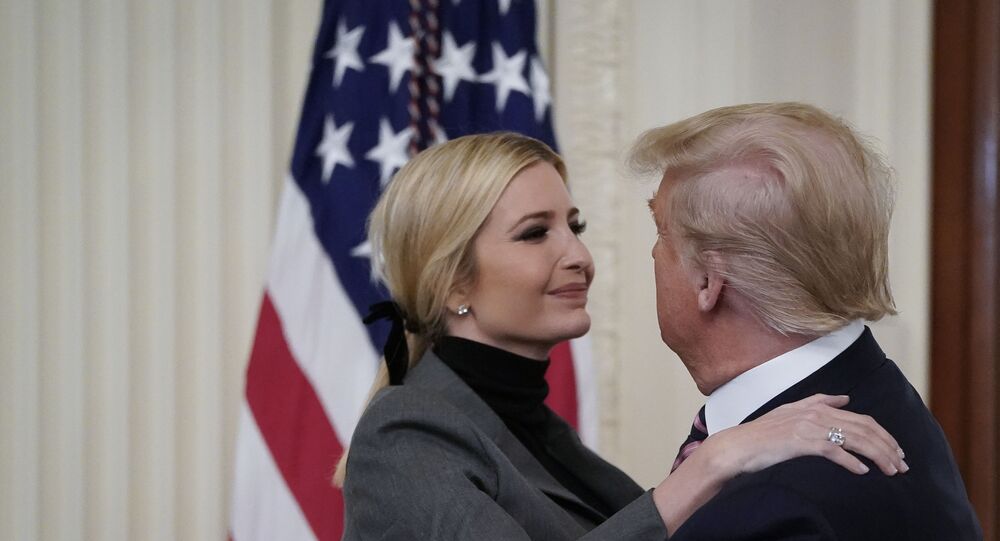 Ivanka Trump is married to Jared Kushner, a Jewish-American investor who advised Donald Trump on how to resolve the Israeli-Palestinian conflict. Kushner has developed close ties with both Israel and some Arab leaders, but his peace deal, announced last week, was condemned by Palestinians as being heavily biased toward Israel.

The top White House advisor is expected to be a keynote speaker at the Global Women’s Forum, organised on 16-17 February by the state-run Dubai Women Establishment in the Arab emirate.

She will also attend a regional summit of the World Bank-backed Women Entrepreneurs Finance Initiative, scheduled for next week.

There has been no detail on what leaders Ivanka is supposed to meet with and no official announcement from the White House.

Prior to the trip, Ivanka and Secretary of State Mike Pompeo are scheduled to co-host an event on 12 February to mark the anniversary of the Women’s Global Development and Prosperity initiative (W-GDP), a $50-million programme she is leading that aims to help 50 million women in the developing countries get jobs and start businesses. The two will announce the number of women impacted by the initiative.

As a senior White House adviser, Ivanka focuses on women’s education and economic empowerment as well as job creation through workforce development and skills training.

Apart from the W-GDP, Ivanka she has also spearheaded Pledge to America’s Workers, an initiative to expand programmes that train and reskill workers in the United States.