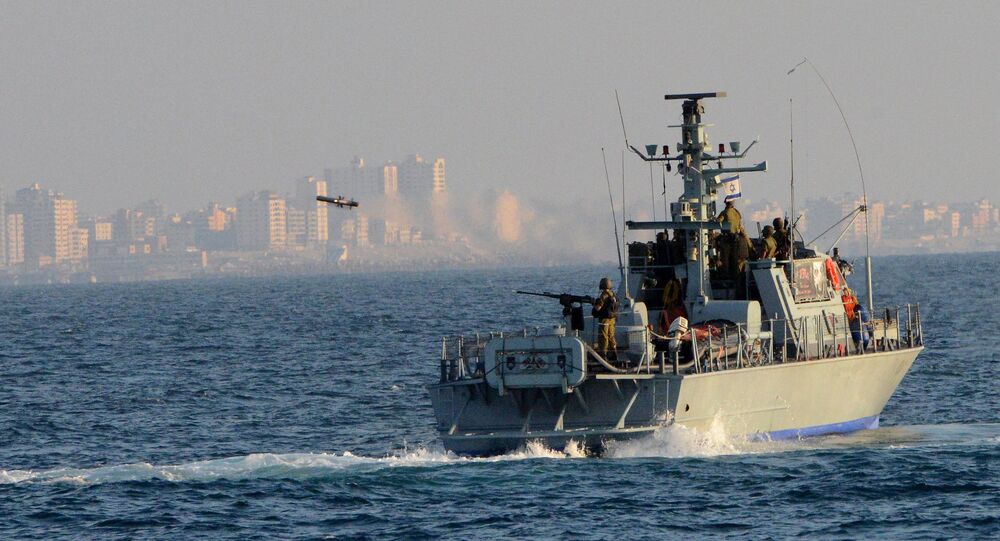 The Gaza Strip has been under a naval blockade by Israel since 2007, when Hamas took over the territory and established self-rule. Tel Aviv fears that weapons might be smuggled into the strip from the outside by sea in order to later be used against Israel.

The Israel Defence Forces (IDF) have released footage of a special operation that took place around three months ago when a boat carrying a shipment of weapons for Hamas in Gaza was intercepted by Israeli naval forces in cooperation with the Shin Bet security agency. The video shows a boat being chased by several Israeli vessels while apparently being monitored from the air.

The IDF didn't clarify in its tweets what kind of weapons Hamas was trying to smuggle past the naval blockade and into the strip from the Sinai Peninsula. Israeli forces said that they learned from two captured smugglers that the shipment was intended for Hamas naval commandos, a force that the movement previously used to suddenly, but unsuccessfully, attack the southern Israeli town of Kibbutz Zikim, which is located near the coast, using automatic weapons and explosives.

Israel introduced the naval blockade against the Gaza Strip after the area came under the unilateral control of Hamas, which has carried out operations against the Jewish state and conducted attacks against it. It recently resumed missile launches against Israel following the publication of the "deal of the century" peace plan by Israel’s ally the US.

The plan was vociferously rejected by Hamas and the Palestinian Authority. Both of them ruled out the US role as a mediator in the long-standing Israeli-Palestinian conflict after Washington recognised all of Jerusalem as the capital of the Jewish state.