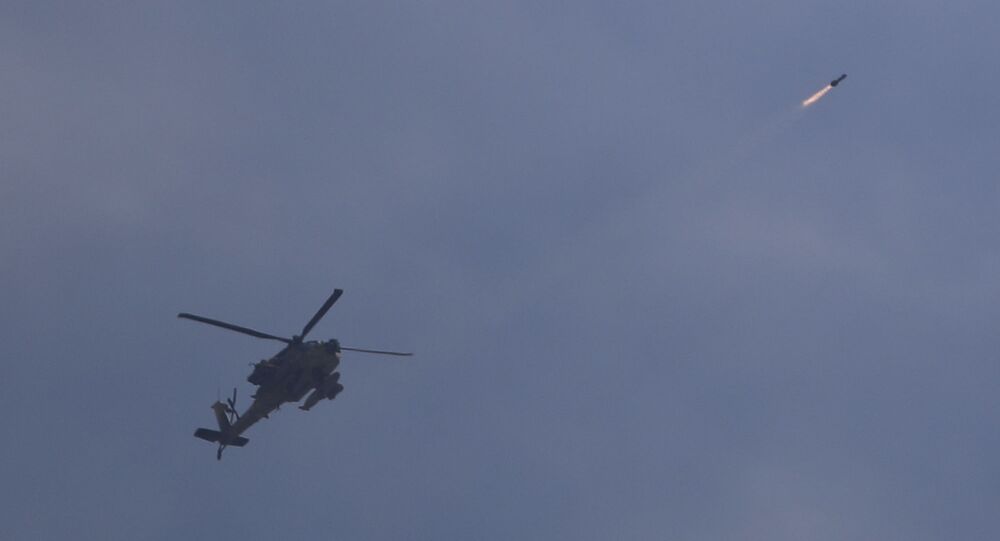 The Hamas movement reportedly launched arson balloons from the Gaza Strip towards Israeli territory earlier on Thursday, prompting the Israeli Defence Forces (IDF) to retaliate, according to a statement.

The IDF said in the statement that in response to a Hamas launch of incendiary balloons, an "attack helicopter" on Thursday pounded Hamas "underground" facilities.

Terrorists in #Gaza launched explosive balloons at Israeli homes throughout the day.

​Hamas, a Palestinian Sunni militant organization in control of the Gaza Strip, has long been locked in a protracted conflict with Israel, which consistently refuses to recognize the Palestine Authority as an independent political and diplomatic entity. Tel Aviv holds Hamas responsible for attacks coming out of the Gaza Strip.

On Wednesday, four rockets were fired at the Israeli territory from the Gaza Strip, with two intercepted by the Iron Dome Aerial Defence System, according to the IDF.

In response, the Israeli air force claimed that it struck what it said were Hamas installations after several rockets were fired from the Palestinian enclave.

Tel Aviv has accused Hamas of inciting violence on their common border and digging tunnels into the country to attack Israel. The IDF has said that the Israeli military destroyed over a dozen Hamas tunnels in the Gaza Strip.

Alert Signal Goes Off in South Israel Near Gaza Strip, No Threat of Rocket Fire - IDF