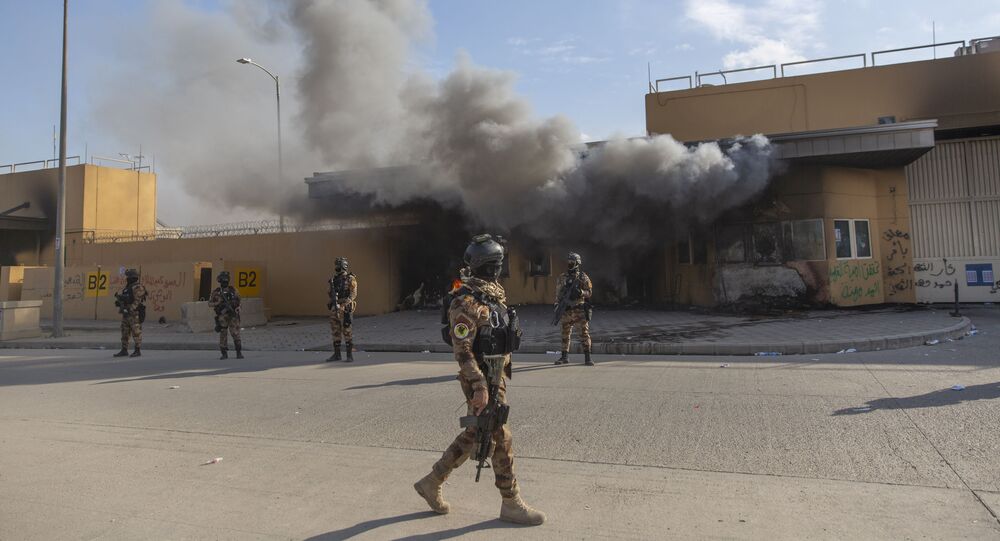 Iraqi activists held a rally on 25 January in the capital of Baghdad against the United States’ presence in the country, Iraq’s Alsumaria broadcaster reported.

Five Katyusha rockets reportedly landed in Baghdad's "green zone", where the US Embassy and various Iraqi government buildings are located, with no reports of casualties so far, Iraq's Security Media Cell reported.

"Five Katyusha rockets have landed in the green zone without resulting in casualties", the Security Media Cell wrote on its Twitter account.

​There are no immediate reports of casualties.

The attack follows another launch of three missiles that hit the "green zone" in the Iraqi capital on 22 January but which resulted in no casualties. The country's security services also found one fully loaded launcher. The green zone occasionally suffers from rocket attacks on account of it being the location where government facilities and foreign embassies are situated.

Wednesday's attack was followed by demonstrations that took place in Baghdad’s central district of Al-Jadriya, with people carrying the national flag and shouting patriotic slogans, protesting against the US presence in Iraq, the Alsumaria broadcaster reported.

Prior to this, the Iraqi parliament voted to expel coalition forces over the US drone attack that killed Iranian commander Qasem Soleimani near Baghdad Airport. American officials have repeatedly ruled out a complete pullback from Iraq. White House National Security Adviser Robert O’Brien said earlier in January that the United States would leave on its own terms.