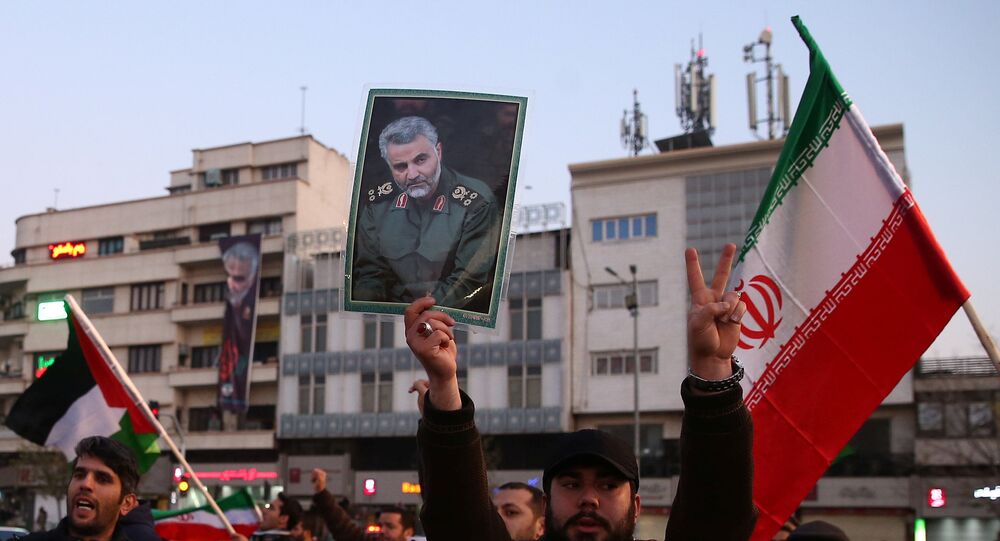 The prominent military leader’s assassination on 3 January in Baghdad skyrocketed tensions between the US and Iran. The act was condemned not only by Tehran, but also by some American politicians, who slammed the unnecessary escalation of tensions in the Middle East and considered limiting POTUS’ ability to order strikes against Iran.

Iranian elite Quds Force commander Qasem Soleimani, who was killed earlier in January by a US airstrike, was in fact in Washington’s sights on numerous occasions with US intelligence having detailed info on his movements for the better part of the last decade, several sources in the American military and intelligence told Yahoo News.

An anonymous former US intelligence officer has claimed that back in 2007 an American Predator drone spotted a mass gathering in the neighbourhood of Sadr City, mainly inhabited by Shiites, a key force behind various Iran-backed Iraqi militias. Once the US Task Force 17, monitoring the drone feed, learned via intercepted communications it was the Quds Force commander himself, it started discussing whether they should use Predator's missiles to take out the general, the source revealed.

In the end, it was decided that they couldn't take out Soleimani even if he had been alone in Sadr since the Quds Force general was considered "untouchable" by the US administration, the former intelligence officer claimed. In turn, John Maguire, a former senior CIA official added the main reason for that was the fear of the consequences from such a move on US-Iran relations.

"We were asked for our assessment of what would be the fallout, and we said the Iranians would see this act as inflammatory. The Bush folks decided that escalating things would not be worth it and moved on", he said.

Another anonymous former US intelligence official noted that the US government also saw the Iranian Quds Force as an intelligence organisation like the former USSR's KGB, which led to it deeming the use of lethal force to counter it as inappropriate.

On another occasion in 2007, Soleimani's convoy, crossing from Iran into northern Iraq was also in the crosshairs of Stanley McChrystal, the former commander of the US Joint Special Operations Command, who revealed in a 2019 interview with the Foreign Policy Magazine that he opted not to attack due to the "contentious politics that would follow" such a decision.

Former CIA official Maguire claimed that eventually Soleimani himself realised he was "untouchable" and continued to move back and forth between Iran and Iraq without taking extra precautions, like picking only ground transport, disguising his rank or avoiding using the phone or the radio. Another former CIA official anonymously told Yahoo News that Soleimani even snuck in and out of Baghdad’s high-security Green Zone on several occasions.

"This was a bit of an embarrassment to some in the Bush administration, and there were several officials who wanted to detain him next time this happened", he said.

The Quds Force commander practically abandoned any secrecy in his movements and was “moving around with impunity” in Iraq, when Shiite militias and the US forces formed an "awkward" alliance to repulse the Daesh* insurgence from Iraq, Daniel Hoffman, the former chief of the CIA’s Middle East division stated. Soleimani would reportedly appear on battlefields, taking selfies with local Shiite militias fighting the terrorist organisation. US Army General Tony Thomas recently claimed that Washington knew exactly where he was in his last years in Iraq.

"We had almost daily information about his whereabouts for the better part of the last decade", Thomas said.

Yahoo News alleged that Soleimani believed his "untouchable" status hadn’t changed with the new US administration until his last moments, though no solid proof exists that he ever felt this way.

The general was killed in a US airstrike on 3 January 2020 near Baghdad International Airport with Washington justifying the action by claiming Soleimani planned to attack American embassies. US officials have since struggled to name the exact targets only insisting that Soleimani had malign intentions.

Tehran condemned the assassination as a "terrible crime" and conducted a retaliatory missile strike against American military facilities in Iraq. While US President Donald Trump claimed that no one was hurt in this attack, refusing to respond militarily to it, US military reports later showed that some servicemen were transported out of the base with minor injuries for treatment hours after the missile strike.