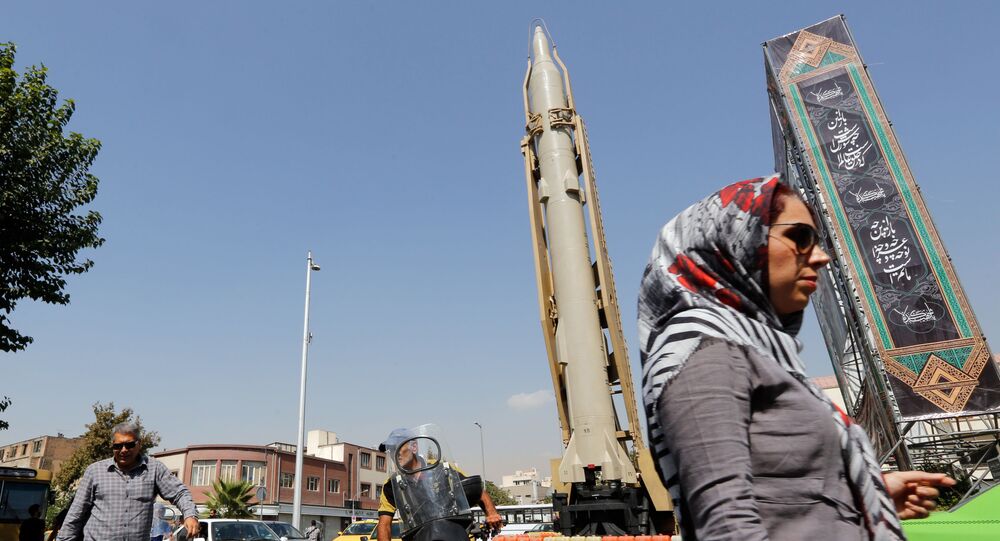 Iran launched a missile strike on US positions in Iraq in retaliation for the assassination of its IRGC General Qasem Soleimani. According to US statements, this attack didn't result in any casualties and only caused minor damage to American bases.

Head of the Revolutionary Guards Aerospace Force Brigadier General Amir Ali Hajizadeh has stated that the 8 January missile attack on American bases in neighbouring Iraq was only the start of a series of attacks that will take place across the entire region, Tasnim News Agency reported. The general further shared that the country had hundreds of missiles ready for launch, when it carried out strikes and added that Tehran conducted cyberattacks on the same day against American plane and drone navigation systems.

At the same time, Hajizadeh revealed that Iran didn't plan to kill any US soldiers on 8 January, saying the country had targeted the American "military machine" instead. The Iranian general noted that driving out US forces from the Middle East would be the only "appropriate revenge" for their assassination of Quds Force Commander Qasem Soleimani on 3 January.

Tehran's attack on US military facilities in Erbil and the Ayn al-Asad Air Base in Iraq came as a response to Washington's assassination of Islamic Revolutionary Guard Corps Quds Force Commander Qasem Soleimani in an airstrike on 3 January that Iranian leaders subsequently branded a "terrible crime" and "state terrorism".

The attacks, however, didn't result in American or Iraqi casualties and only caused minor damage to the US bases. In his address to the nation, US President Donald Trump announced that Washington will impose new harsh sanctions on Iran over the attacks, but stopped short of announcing any kind of military response. At the same time, he recalled that the US has "lethal and accurate" missiles, but added that the White House would prefer not to use them against Iran.

Live Updates: US is ‘Poised and Ready’ as Iran Vows to Follow Soleimani’s Path