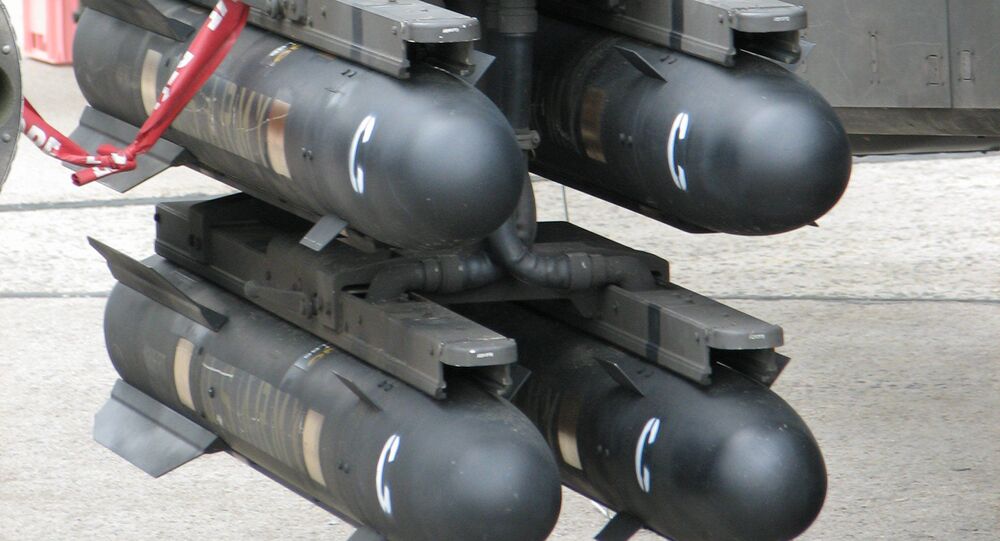 On Friday evening, Iraq’s Al-Ahad TV channel published CCTV footage from a camera which was allegedly installed near Baghdad International Airport and which showed the US missiles hit the car carrying the head of Iran's Islamic Revolutionary Guard Corps’ Quds Force, Qasem Soleimani, earlier that day.

Instead of an explosive warhead in the centre, the R9X missile has six swing-out sword-like blades designed to minimise collateral damage.

The New York Times, in turn, reported that the missiles were launched by the US unmanned aerial vehicle (UAV) MQ-9 Reaper, which is capable of almost silently flying at a speed of 230 miles per hour with four R9Xs on board.

The “hunter killer” drone was reportedly sent by US Central Command headquarters in Qatar.

The Pentagon refused to elaborate on the strike, which the Iranian military says was conducted by US combat helicopters on the Baghdad International Airport on 3 January, killing Soleimani, Iraqi militia commander Abu Mahdi al-Muhandis and 10 other people.

The car itself is not visible in the video, as it was apparently located beyond the wall, visible in some photos from the scene. But it shows the massive blast that engulfed the vehicle as the result of the strike.

Soleimani’s successor Esmail Ghaani has, meanwhile, warned of serious implications from the IRGC commander’s killing, urging everyone to “be patient” because they will “see the bodies of Americans all over the Middle East”.

He echoed other top Iranian top officials who vowed to retaliate against the US "crime”, accusing Washington of engaging in "international terrorism".

The US claimed it was protecting its own diplomatic personnel in Iraq, whose lives were allegedly endangered by Soleimani's activities. Namely, Washington accused Iran of orchestrating the siege of the US Embassy in Baghdad, where protesters gathered on 1 and 2 January following recent US airstrikes in the country that claimed the lives of around 25 people.