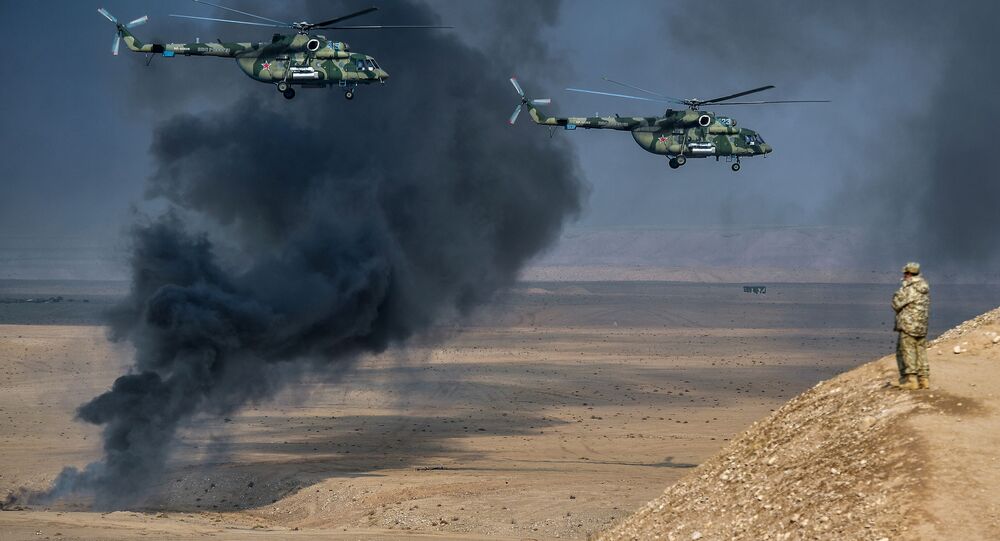 "We have begun to carry out special air patrolling tasks in the northern provinces of Syria. Air patrolling is being carried out on several routes. Flights are conducted in a helicopter... pairs at altitudes of 50-60 metres [164-200 feet]", Ivanov said.

According to the pilot, the main goal of the patrols, which will be conducted daily, is to ensure security in patrol zones and escort military police convoys.

Following talks between Russian President Vladimir Putin and his Turkish counterpart, Recep Tayyip Erdogan, on 22 October, a joint memorandum was signed in Sochi, Russia that stipulated conditions for the peaceful withdrawal of Kurdish militias in Syria, who were ordered to retreat 30 kilometres (18.6 miles) from the Turkish border.

The 10-point document also lays out a variety of patrol missions that are to be carried out by the Russian military contingent, Syrian border guards, and Turkish troops in order to ensure the deal's implementation.