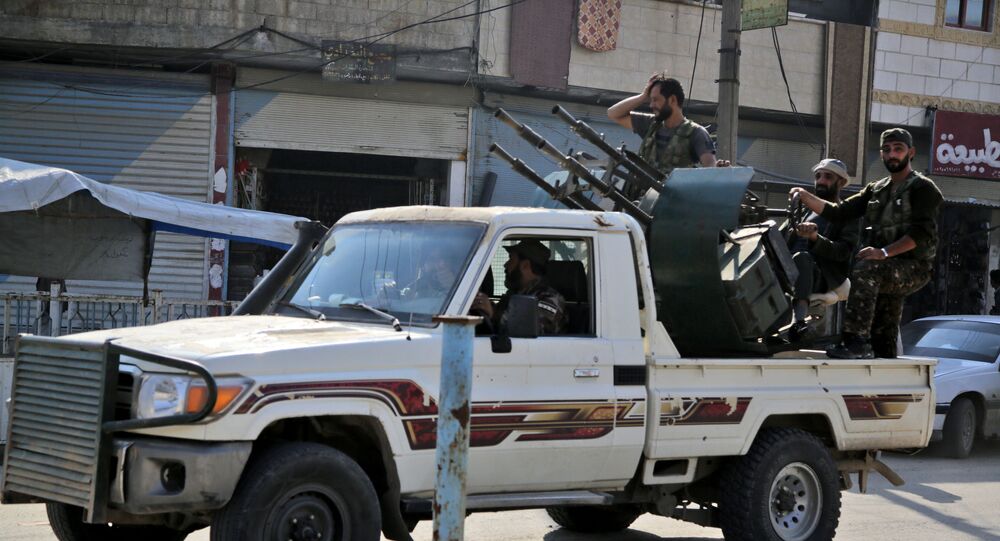 The explosion reportedly occurred in a market, claiming the lives of civilians.

Ankara has blamed Kurdish YPG militia for a deadly blast which occurred in Syria's Tel Abyad earlier in the day.

We harshly condemn the inhuman attack of the bloody PKK / YPG terrorists who committed a bomb attack against the innocent civilians of Tel Abyad who could return to their homes and lands as a result of the Operation Peace Spring!https://t.co/kkfC8zpc4L pic.twitter.com/Cj5WtC2HLF

​At least 13 people were killed by an explosion in the Syrian town of Tel Abyad, Turkish Anadolu agency reported.

It added that the incident took place in a market, resulting in civilian deaths.

According to Hürriyet, the injured were taken to a hospital in the Turkish town of Akçakale. The Turkish armed forces have strengthened security on the border with Syria following the explosion.

Videos and photos have emerged online showing the scene of the explosion.

According to our correspondent, women and children are among the dead, and 23 people were injured. The explosion occurred in Suluk - a town within the Tell Abyad District of the Raqqa Governorate in Syria.

On 9 October Turkey launched a military operation in northern Syria to oust Kurdish militants and Daesh* fighters from the border area to establish a safe zone for Syrian refugees there. During the operation, Ankara seized control over the territory between the towns of Ras al-Ain and Tel Abyad.