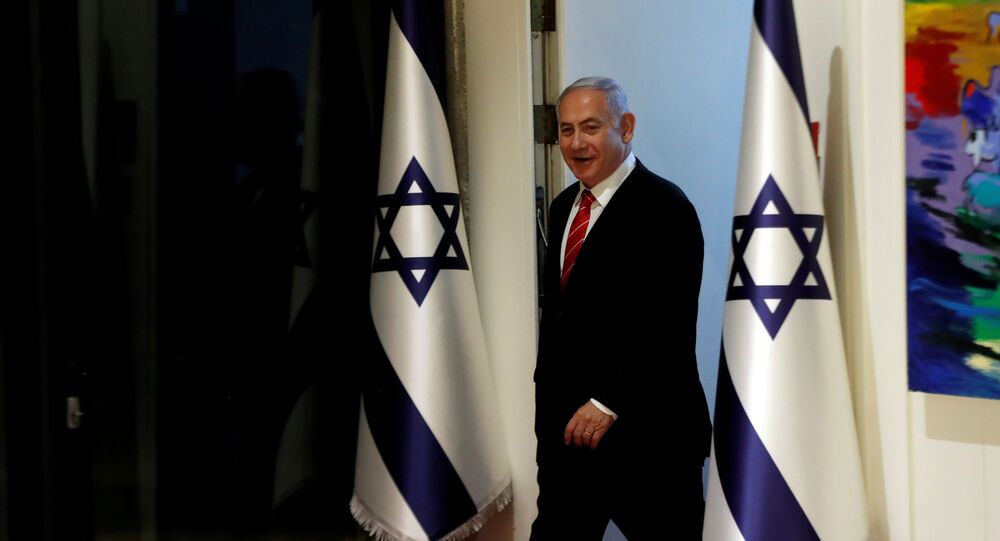 TEL AVIV (Sputnik) - Israeli Prime Minister Benjamin Netanyahu contacted the police in connection with threats against him and his family on Facebook, the prime minister's office said on Monday.

"PM Netanyahu contacted Israel Police Acting Commissioner Motti Cohen regarding a man on Facebook named "Tzvika Sabag" who is inciting to murder the PM and members of his family. The Prime Minister asked the Acting Commissioner to open an investigation of the matter immediately", the statement said.

Screenshot #2 translation:
"Tzvika Sabag hates with a deadly hatred Benjamin, Sarah and Yair Netanyahu and whoever cooperates with them". pic.twitter.com/jAgJkD5PsY

​In a separate tweet, the prime minister's office attached screenshots of the threats with translation.

The Facebook user called "Tzvika Sabag" has a profile picture depicting a poster reportedly made in 2016 by a student of the Bezalel Academy of Arts and Design, featuring Netanyahu with a hangman’s noose. According to the Times of Israel, it sparked an uproar at the time, with police investigating accusations of incitement, but closing the probe two months later.

The Israel Police issued later a statement saying an investigation into the matter had been opened at the cybercrime unit at the anti-fraud Lahav 433 division, according to the Times of Israel.

Last year, legislators from the ruling Likud party voiced outrage after slogans slamming Netanyahu, one of which called for his death, were discovered on a sidewalk and on walls of a building in central Tel Aviv, The Times of Israel said.