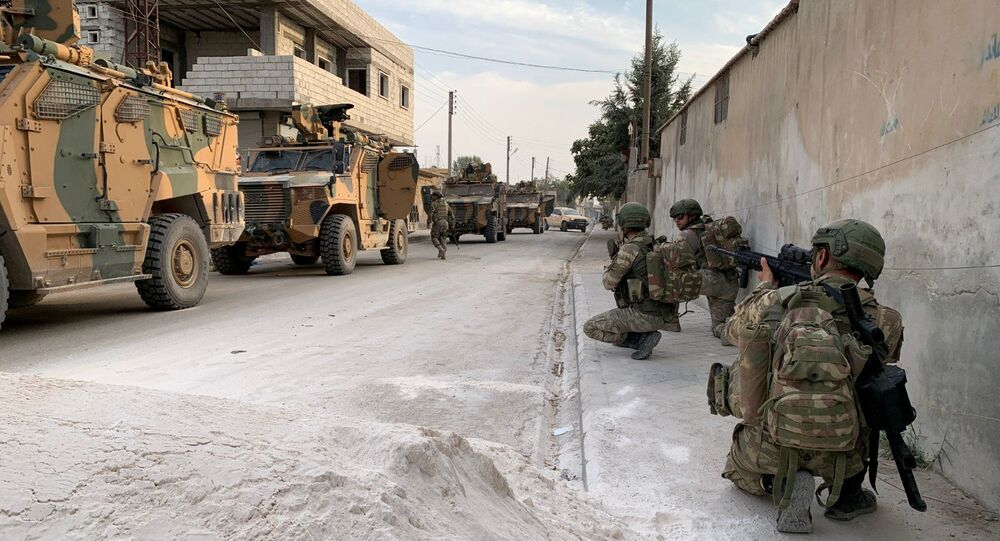 The presidents of the two countries previously agreed upon the terms of the withdrawal of Syrian Kurds from the northern part of the Arab Republic and on mechanisms to ensure they won't return.

Turkish President Recep Tayyip Erdogan has announced that Russia and Turkey will start joint patrols of a 7 km-wide area around a safe-zone in northern Syria on 1 November. He also added that the safe-zone, previously negotiated with the US, could be widened, if Kurdish attacks on Turkey continue.

The Turkish president noted his country sees that the withdrawal of the Kurdish militia from the Syrian border under the agreement with Russia has not been completed and warned that a new military operation against the YPG forces could be launched by Ankara if the situation doesn't change.

© AFP 2021 / Delil Souleiman
Members of the special forces of the Kurdish-led Syrian Democratic Forces (SDF) are pictured during preparations to join the front against Turkish forces, on October 10, 2019

Erdogan's statements contradict ones made by Russian Defence Minister Sergei Shoigu, who announced on 29 October that the pull-out of the Kurdish militia from the safe zone in northeastern Syria had been completed ahead of schedule.

Moscow and Ankara agreed during talks in Sochi on 22 October that Russian military police and Syrian border guards would enter the northern areas of Syria to facilitate the withdrawal of the YPG – Turkey's key precondition to halt its offensive in the Arab Republic. Ankara sees the YPG as a branch of the Kurdistan Workers' party, deemed a terrorist group by Turkey.

Under the Sochi memorandum, Russia and Turkey also agreed to conduct joint patrols in a 10-kilometre wide zone to the east and west of Ankara’s recent military operation in northern Syria, after the withdrawal of the Kurdish militia is complete.

Total of 34,000 Kurdish Militants Withdrawn From Contact Line With Turkish Troops in Syria