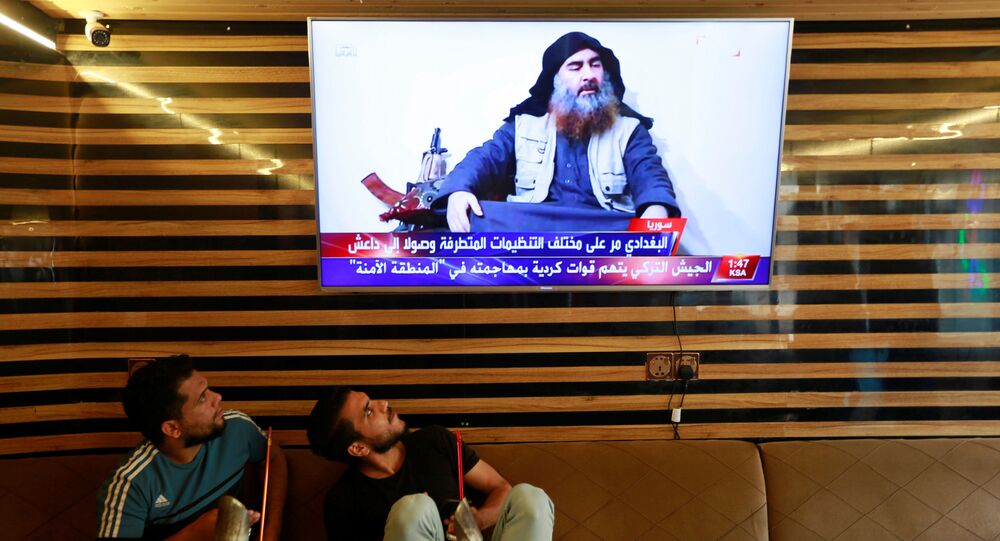 MOSCOW (Sputnik) - Iranian Minister of Information and Communications Technology Mohammad-Javad Azari Jahromi on Sunday said that the elimination of Abu Bakr Baghdadi, the leader of the Daesh* terrorist organisation by the US air force was not "a big deal" and that Washington had simply destroyed its own "creature."

"Not a big deal! You just killed your creature," Jahromi posted on Twitter in response to Trump's tweet reading "Something very big has just happened!"

Earlier in the day, US President Donald Trump announced having hunted down Baghdadi in Syria's Idlib and thanked Russia, Iraq, Syria and Turkey for their assistance in the course of the operation. Russia, in particular, "treated [the US military] great" and opened the Syrian airspace under its control for the US fleet of helicopters to access Baghdadi, the US president claimed.

Iranian government spokesman Ali Rabiei said that Baghdadi’s death would not put an end to the Islamic State.

"IS will not be destroyed with bombs and munitions, it is still developing … Just like in the situation around the death of [Osama] bin Laden [former head of al-Qaeda, banned in Russia], when the root of terrorism was not destroyed, the death of Baghdadi will not become an end of the Islamic State,” Rabiei wrote on his Twitter page.

The terrorist number one made his first media appearance in 2014 when the ISIS officially re-branded itself into the IS and declared itself a caliphate under Baghdadi's leadership. Since then, he has made headlines multiple times with claims that he had been killed.