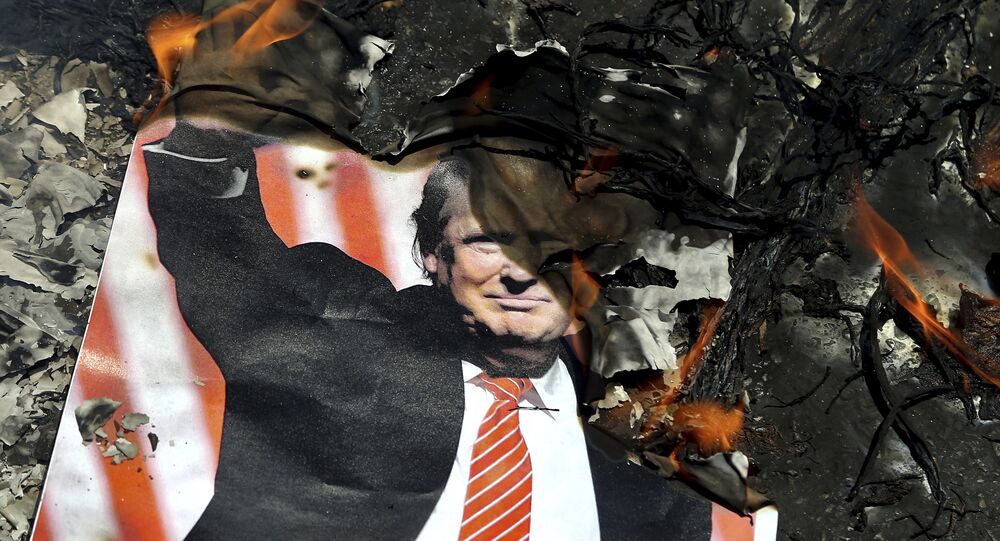 According to one of the highest-ranking Iranian officials, the US has exhausted all of its options in the region and has nothing more to put against Iran, noting that the Trump administration has failed in achieving its goals.

Iranian Secretary of the Expediency Council, Mohsen Rezaei, in an interview with Iran’s Channel 2, mocked US President Donald Trump and what he says is Washington’s inability to respond to the downing of a US drone earlier this year.

“When the Americans are incapable of retaliating against Iran for the downing of their ultra-secret plane, would they be able to help Saudi Arabia? They cannot defend themselves, so how would they defend Saudi Arabia? Everybody has received that message,” he said, according to The Times of Israel.

Earlier this year, the US policy of “maximum pressure” on Iran led to a rapid escalation of tensions in the region, culminating in June when the IRGC downed a US drone, which it claimed had violated Iranian airspace. The US did not retaliate against Iran militarily, although US media reported that cyberattacks on Iranian infrastructure were conducted.

The “maximum pressure” policy was a continuation of the Trump stance on Iran, which began in 2018, after he unilaterally withdrew from the Iranian nuclear deal and reimposed sanctions lifted during the Obama administration, largely cutting Iran off from international trade. Iran claims the sanctions prevent Tehran from acquiring humanitarian goods, such as advanced medicine.

“Ultimately, we will catch Trump and place him on trial, God willing. An international court will convene and Trump will have to stand trial. He should stand trial not just for what he did to our people, but for his crimes against other nations as well,” Rezaei said.

While the US denies sanctions cover the import of medicines, Iranian Foreign Minister Mohammad Javad Zarif pointed out that the sanctions cover financial transactions required for the purchase of those medicines, BBC reported in August.

“Of course the Americans say they are exempt, but they are not,” Zarif said.

According to Rezaei, the US exhausted its options of exerting pressure on Iran and has achieved nothing, asserting that Washington is in a predicament.

“Mr. Trump has already played all his cards,” Rezaei said. “He has already fired all his bullets. Now he is standing in front of us with no bullets, and the world is laughing at him. In the future, it will be even worse.”

Rezaei also pointed out that a strengthening US and UK military presence in the Gulf region is the reason why neighboring nations, including Saudi Arabia, cannot get along with each other. the Iran FM called on Western nations to leave the region, arguing that this alone would be enough to achieve a regional accord.

“As long as America, England, and other foreign countries wish to remain in the region, the lack of security of the past 40 years will continue,” he stated. “The first condition for security is the independence of [the region’s] countries. The day the Americans leave the region, all the countries will become friends with one another.”

Throughout this week, Iran President Hassan Rouhani repeatedly accused the US of “economic terrorism” and urged Washington to cease its hostile policies, saying that those policies push the prospect of peaceful negotiations away.

Iran has repeatedly called on the White House for the sanctions to be lifted as a precondition for bilateral talks, and on Friday Rouhani claimed that Washington had offered to do exactly that, but that he had turned down the most recent offer, citing the “toxic atmosphere,” and referring to the “maximum pressure” policy. Trump has denied Rouhani’s claims.