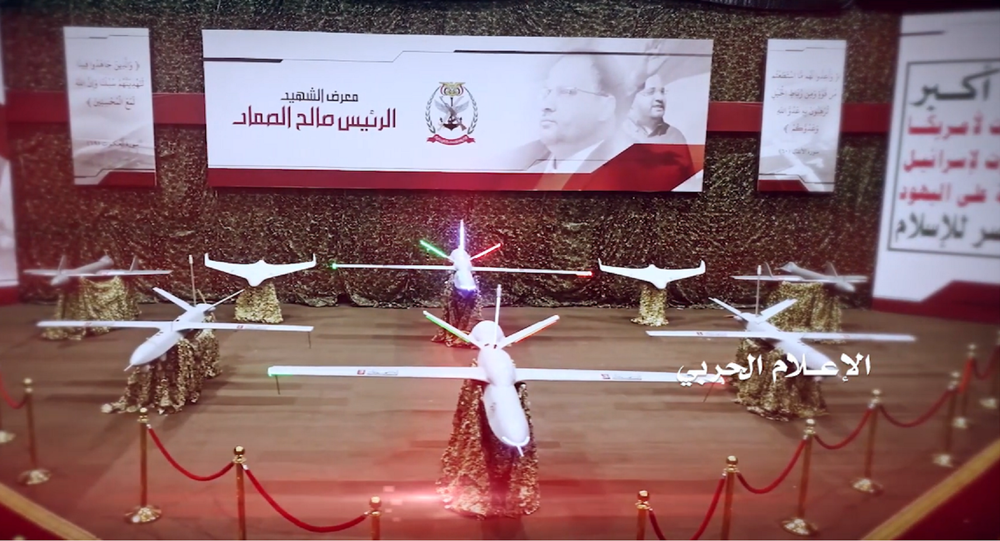 Earlier, President Trump said Washington had "reason to believe" that it knew "the culprit" of Saturday's drone attacks on Saudi Arabia's oil facilities, and warned that the US was "locked and loaded" pending verification from the Saudis on who they believe is responsible.

The Saudi-led military coalition against Yemen's Houthi militia has announced that 'preliminary findings' have shown that Saturday's attack on Saudi Aramco facilities used Iranian-made weapons which did not originate in Yemen.

Speaking at a press conference in Riyadh on Monday, coalition spokesman Col. Turki al-Malki said the investigation was still ongoing, and that investigators were presently looking to figure out "from where" the missiles used in the strikes "were fired."

According to the officer, the drones were not launched from Yemen, as claimed by the Houthis.

"The investigation is continuing and all indications are that weapons used in both attacks came from Iran," al-Maliki said.

Al-Maliki promised that the military would present the results of its investigation to the media when it was completed.

The Houthis, a rag-tag Yemeni militia against which Saudi Arabia and a coalition of mostly Gulf states has been waging war since 2015, claimed responsibility for the Saturday attacks, saying they used ten drones to strike the facilities following careful preparations, and warning that they would make further surprise attacks until Riyadh ended its "aggression and blockade of Yemen."

On Monday, amid US claims that Iran was responsible for the attacks, Mohammed al-Bukhaiti, a member of the Houthis' Supreme Political Council, told Iranian media that attempts to blame the Houthis' strikes on other countries was an act of "cowardice."

Saturday's surprise attacks on two major Saudi Aramco facilities, including the largest crude oil stabillisation plant in the world, led oil prices to jump upward substantially in Monday trading amid concerns over supplies after an estimated one half of Riyadh's total output was affected.

On Sunday, anonymous Saudi officials told US media that Riyadh is hoping to restore a third of the production lost due to the drone attacks by Monday, but added that the situation at its refineries was 'worse than initial assessments' had indicated.

Earlier, US President Donald Trump tweeted that he was waiting for Saudi Arabia to present its assessment of "who they believe was the cause of this attack, and under what terms we would proceed," warning that the US was "locked and loaded pending verification."

Earlier, after US Secretary of State Mike Pompeo accused Iran of involvement in the attacks, just hours after they took place, Iranian Foreign Minister Mohammad Javad Zarif shot back, suggesting Pompeo had turned to a strategy of "maximum deceit" following the failure of the US policy of "maximum pressure."