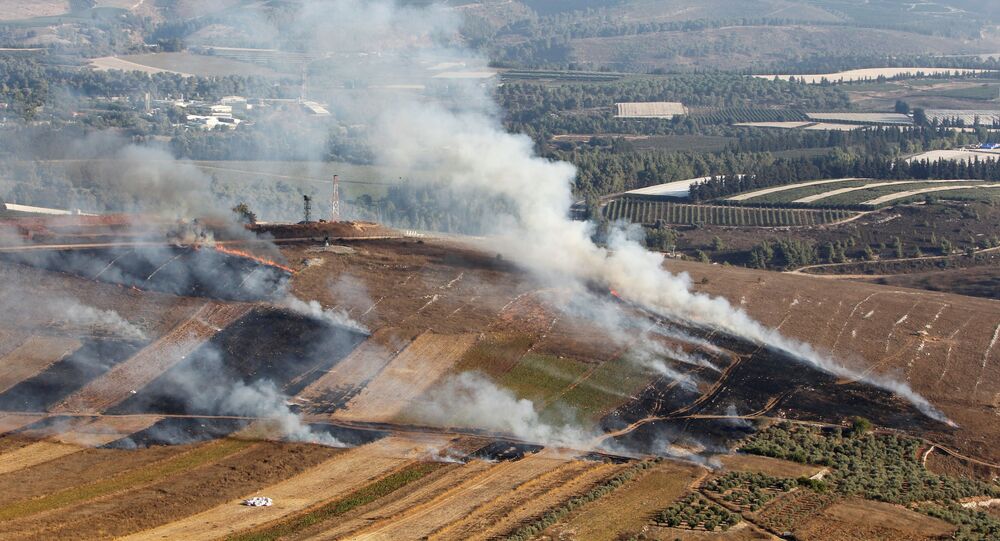 CAIRO (Sputnik) - Ahmed Aboul Gheit, the secretary-general of the Arab League (LAS), has said that the current escalation on the Israeli-Lebanese border meets electoral interests of the Jewish state and urged the international community to restrain Israel to prevent the situation from spinning out of control.

"The secretary general is following developments around the shelling of the territories located on the border between Israel and Lebanon with concern and expresses LAS’ complete solidarity with the Lebanese state … The armed confrontation can spin out of control … The international community is responsible for restraining Israel’s actions, which are taken in domestic electoral interests", LAS said in a statement.

The Arab League also urged Beirut to not fall for provocations.

On Sunday, Israeli drones dropped flammables on a Lebanese grove near the border with Israel in an anti-Hezbollah operation triggering forest fires.

In response, several anti-tank missiles were fired from Lebanon to target facilities in northern Israel, prompting the Israeli military to fire some 100 projectiles on Lebanon's southern settlements.

The escalation comes less than three weeks before the Israeli parliamentary elections.

Beirut has repeatedly objected to Israel’s anti-Hezbollah operations in its airspace, insisting that they violate the country's sovereignty and UN Security Council Resolution 1701.

Israel, in turn, considers Iran-backed and Lebanon-based Hezbollah its key rival in the region and conducts regular air raids against it.