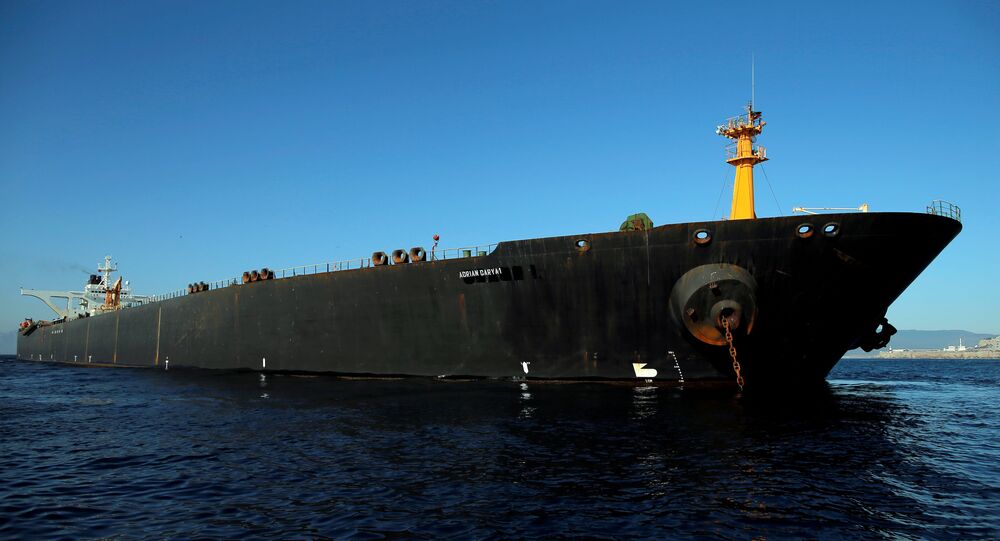 MOSCOW (Sputnik) - The oil tanker was seized by Gibraltar on 4 July on suspicion of carrying oil to Syria in violation of EU sanctions and released on 15 August. Four days later, the Middle Eastern nation confirmed that the tanker had left Gibraltar's waters.

The Iranian oil tanker Adrian Darya, formerly known as Grace 1, has changed its course, sailing away from the Turkish coast, according to Refinitiv ship tracking data.

Earlier today, a shipping source at Mersin port stated that the tanker, which has been recently released from Gibraltar, was entering Turkish territorial waters and heading toward the port. According to the source, the tanker will be unloaded at the port after its arrival.

The tanker, initially bound for the Greek port of Kalamata, changed its destination in its Automatic Identification System (AIS) on Saturday, setting course for Mershin, Turkey instead, according to the ship-tracking website MarineTraffic.com.

The Adrian Darya, which previously went by name Grace 1, was detained in Gibraltar in July for allegedly transporting crude to Syria in breach of the EU sanctions. The vessel was released almost a month later.

© AFP 2020 / JOHNNY BUGEJA
A crew member checks the new name of Iranian oil tanker Adrian Darya, formerly known as Grace 1, off the coast of Gibraltar on August 18, 2019. - Gibraltar rejected a US demand to seize the Iranian oil tanker at the centre of a diplomatic dispute as it prepared to leave the British overseas territory after weeks of detention.

After reports emerged that the tanker was heading towards Greece, a US State Department official warned the Greek government that any effort to assist the Adrian Darya during its trip to Syria could be viewed as providing material support to a terrorist organisation.

Relations between Washington and Tehran have deteriorated since the US unilaterally withdrew from the Iranian nuclear deal and moved to reimpose sanctions targeting the Islamic republic.

The tensions worsened when several tankers were attacked in the Persian Gulf, which prompted Washington to beef up its military contingent in the region.