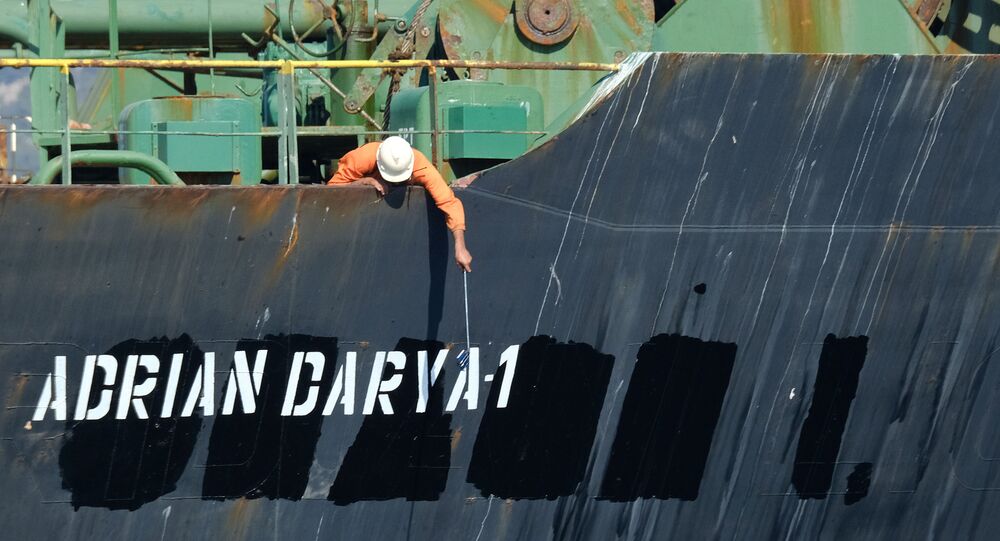 Washington warned Athens on Tuesday against assisting and harbouring the Iranian oil tanker Adrian Darya, which was released last week from its detention by Gibraltar's authorities.

Greece's deputy foreign minister Miltiadis Varvitsiotis told the local television network ANT1 that his country would not assist the Iranian oil tanker Adrian Darya, which is heading to the port of Kalamata in Greece's Peloponnese Peninsula as indicated by data posted on the website Marine Traffic.

"We want to send a message that we are not willing to facilitate the course of this ship to Syria", Varvitsiotis said.

On Tuesday, Greece's Merchant Marine Minister Ioannis Plakiotakis said that Athens had not received a request from the Iranian tanker Adrian Darya to dock in Greece.

On 15 August, Gibraltar's authorities decreed that the Iranian tanker formerly known as Grace 1 be released; the vessel had been detained on 4 July by British Royal Marines on suspicion of transporting oil to Syria in violation of EU sanctions.

Despite the US issuing a warrant for the seizure of the tanker, and its claims that it was in breach of international regulations and illegally transporting oil to Syria, the Gibraltar authorities rejected Washington’s request, citing differences in US and European sanctions against Iran.

Washington called the decision to release the Iranian tanker unfortunate and warned Greece and other Mediterranean ports against harbouring the vessel.