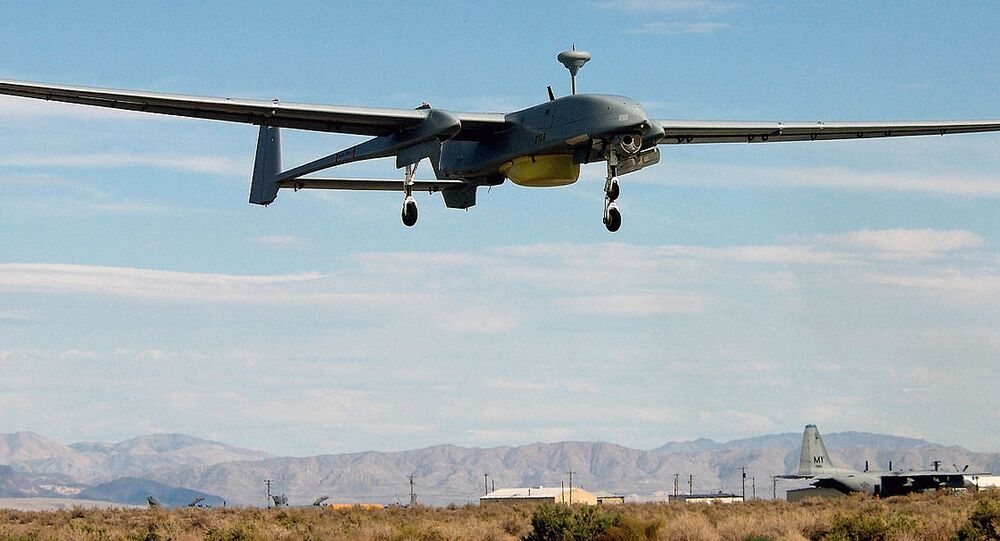 Earlier in the day, media reported that two Israeli drones crashed near Hezbollah’s headquarters in Beirut overnight, while one of them exploded in the air. The blast reportedly caused significant damage to the Hezbollah press service’s building and left three people injured. According to other reports, one of the drones was shot down by the Hezbollah movement, while the other one was seized.

Hassan Nasrallah, the secretary-general of the Lebanese Hezbollah movement, said on Sunday that the Israeli drone attack is the first dangerous incident and breach of rules between the two countries since August 2006. He went on to say that one of the drones that crashed over the Lebanese capital was on a "suicide mission".

While Nasrallah stated that Hezbollah didn't down the two crashed drones on the night between 24 and 25 August, he vowed that the movement would "do everything to prevent" such attacks in the future, saying that the time when Israel could bomb Lebanon "is over". The Hezbollah leader warned the Israeli military stationed at the country's border with Lebanon of an imminent response to the drone attack.

© AP Photo / Ariel Schalit
FILE - In this March 7, 2007, file photo, the Israeli army Heron TP drone, also known locally as the Eitan, flies during a display at the Palmahim Air Force Base in Palmahim, Israel

Nasrallah said in his statement that the group had entered a new phase in its conflict with Israel, vowing to retaliate for the deaths of two Hezbollah members in an IAF strike in Syria that took place on the same night.

Two Israeli drones crashed near Lebanon's capital, Beirut, before dawn on Sunday, 25 August. One of them reportedly caused damages to the Hezbollah media centre in the Dahyeh suburbs of the city. The incident came soon after Israel launched airstrikes in neighbouring Syria.

While Tel Aviv hasn’t commented on the incident in Beirut, Israeli Prime Minister Benjamin Netanyahu claimed on 25 August that the airstrike in Syria had thwarted a planned attack on the Jewish state by Iranian forces that are allegedly stationed there. Damascus and Lebanese Prime Minister Saad Hariri have slammed the incident as "Israeli aggression", with the latter saying that Tel Aviv's actions are a "threat to regional stability and attempt to increase tensions".