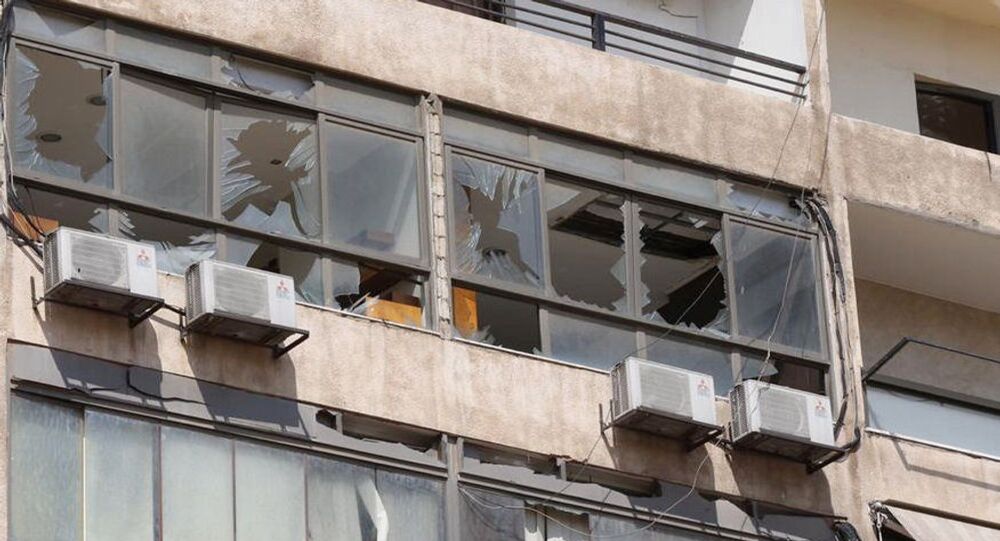 BEIRUT (Sputnik) - A group of Israeli fighter jets have conducted an flyover of Beirut and southern Lebanon following a mysterious crash of alleged Israeli drones in the southern outskirts of the Lebanese capital, an informed source at the Beirut International Airport said on Sunday.

"Four Israeli Air Force aircraft invaded Lebanese airspace. We saw them flying over Beirut and southern Lebanon. Having made a number of manoeuvres, they left Lebanese airspace", the source said.

Earlier in the day, media reported that two Israeli drones crashed near Hezbollah’s headquarters in Beirut overnight, while one of them exploded in the air. The blast reportedly caused significant damage to the Hezbollah press service’s building and left three people injured.

According to other reports, one of the drones was shot down by Hezbollah.

The incident came hours after Israel attacked what it describes as Iranian forces in Syria southeast of Damascus. The Israeli military claimed that the operation was meant to foil a purported attack by Iranian combat drones against Israel.

Israel considers Iran and Hezbollah to be its main rivals in the region. Hezbollah operates a military wing that battled Israel during the latter's invasions of Lebanon. Its military wing is also currently active in Syria, where it is fighting on behalf of the government of President Bashar Assad.