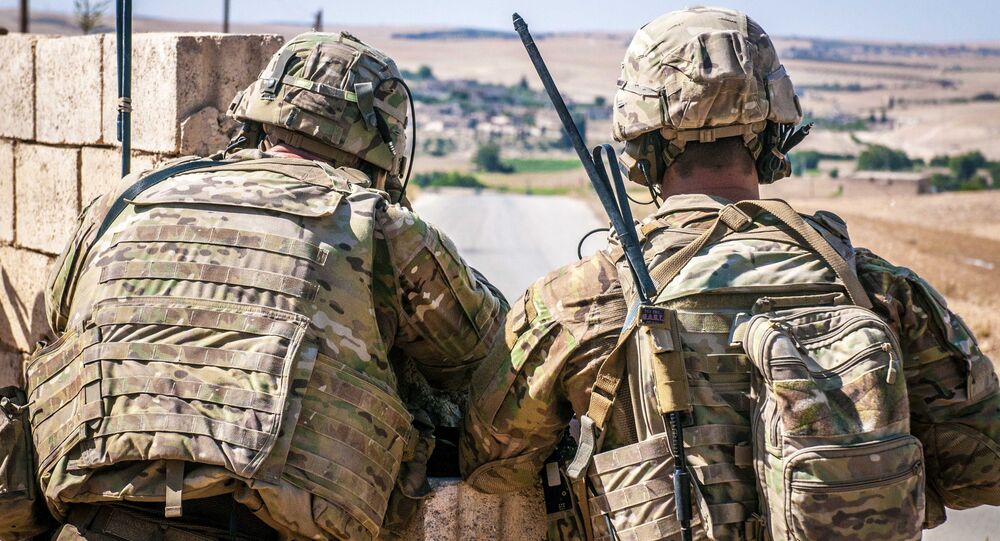 "US actions in northeastern Syria are an open attack on the sovereignty and territorial integrity of Syria and are contrary to the principles of international law and the UN Charter", Mousavi said in a statement released on the ministry’s Telegram channel.

He added that the latest statements of the US officials on the establishment of a security zone in northeastern Syria were "provocative and caused concern".

The statement comes after Turkish Defence Minister Hulusi Akar said on 16 August that the US-Turkish coordination centre for joint operations to control a prospective safe zone in northern Syria would become operational the next week.

Last week, Ankara and Washington reached a long-promised agreement on a safe zone along Syria's border with Turkey, which views the Kurdish militants operating in Syria's northern areas as a threat to its national security. US servicemen have already started arriving in Turkey to join the operations. Damascus opposes the plan, labelling it as a violation of both Syria's sovereignty and territorial integrity and international law.

In January, Turkish President Recep Tayyip Erdogan said US President Donald Trump had proposed in a phone conversation creating an 18-mile (30-kilometre) buffer zone in Syria. According to Erdogan, the security zone will be controlled by the Turkish military.