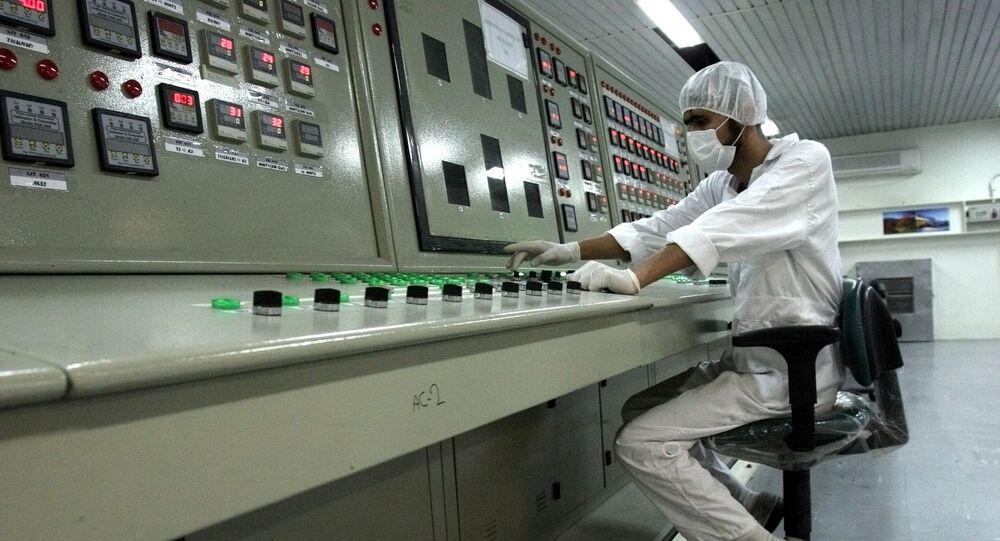 MOSCOW (Sputnik) - Iran on Monday started enriching uranium beyond the limit of 3.67 percent, outlined in the Joint Comprehensive Plan of Action (JCPOA), known as the Iran nuclear deal, spokesman for the Atomic Energy Organisation of Iran, Behrouz Kamalvandi, said.

"Today we surpassed 3.67 percent [enrichment limit]", Kamalvandi said, as quoted by the IRNA news agency. "We do not need 20 percent [enriched] fuel now, but we will produce it if we want to. There are no obstacles and problems".

The spokesman for the Atomic Energy Organisation also noted that the country could bring uranium enrichment up to 20 percent as the third step in reducing its obligations under the nuclear deal. According to him, the issue has already been discussed during sessions of the Supreme National Security Council.

Iranian Deputy Foreign Minister Abbas Araghchi previously blamed Europe for failing to fulfil its commitments to the JCPOA, adding, however, that "the doors of diplomacy are still open".

At the same time, Iranian President Hassan Rouhani explained that Tehran's decision to reduce some of its commitments under the nuclear deal was an attempt to save, not to undermine the JCPOA.

On 8 May, Iran announced that it was partially discontinuing some of its obligations under the agreement. The decision came exactly one year after Washington unilaterally withdrew from the nuclear deal and re-imposed wide-ranging sanctions on the Islamic Republic.

Tehran also urged the other nuclear deal signatories - Russia, China, the European Union, France, Germany, and Great Britain - to protect Iran from the US restrictions, stating that otherwise, Iran may reduce its commitments under the JCPOA.