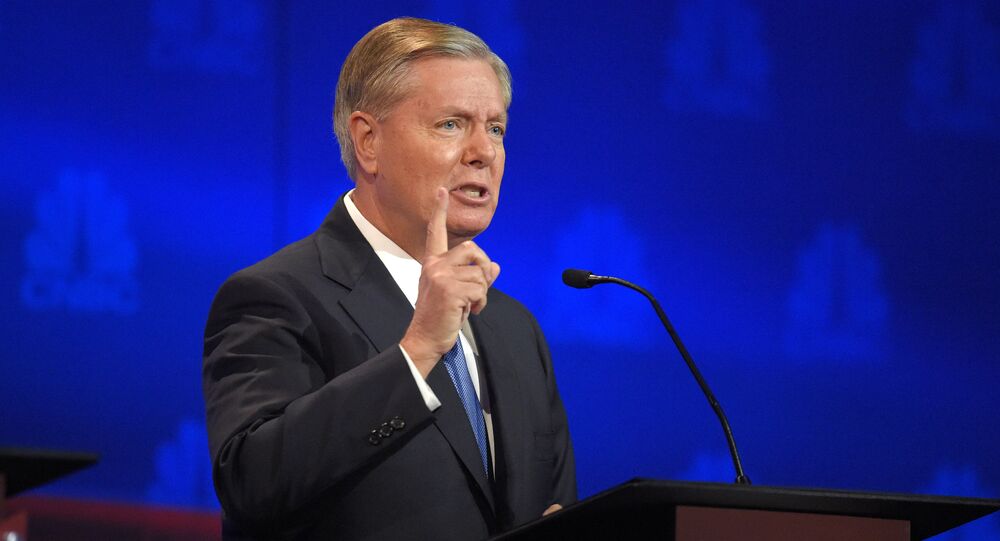 WASHINGTON (Sputnik) - The Trump administration must impose additional sanctions on Iran for its alleged role in the attacks against tankers in the Gulf of Oman, US Senator Lindsey Graham said in a press release.

Earlier in the day, two oil tankers were hit by explosions in the Gulf of Oman near the Strait of Hormuz. The cause of the incident remains unknown but the United States has already blamed Iran and sent a US Navy destroyer to the region.

"I am hoping that the Trump administration will come to Congress and up our sanctions pressure on the Iranian regime," Graham, a member of the US Senate Foreign Relations Committee, said in the statement on Thursday. "They need to feel pain for this escalation and additional sanctions would be the appropriate response."

Earlier on Thursday, US Secretary of State Mike Pompeo said the United States has assessed that Iran is behind Thursday's attacks on two tanker vessels in the Gulf of Oman. Last month Pompeo blamed Iran for similar attacks without providing evidence.

Iran has denied any involvement in all of the recent attacks, and Iranian Foreign Minister Mohammad Javad Zarif earlier on Thursday called the timing of the latest incident "beyond suspicious" because it coincided with Japanese Prime Minister Shinzo Abe's visit to the Islamic Republic.

Pentagon Time Machine: DoD Claims It Sent Carrier to Mideast Against Iran Week After It Actually Did