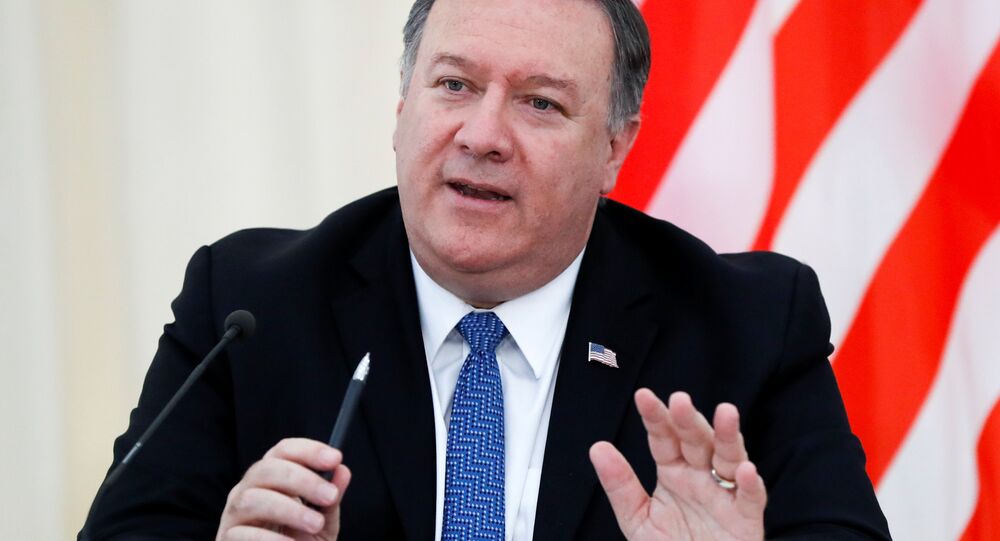 WASHINGTON (Sputnik) - The United States believes that Iran is behind Thursday's attacks on two tanker vessels in the Gulf of Oman, US Secretary of State Mike Pompeo said during a press briefing.

"It is the assessment of the United States government that the Islamic Republic of Iran is responsible for the attacks that occurred in the Gulf of Oman today", Pompeo said.

Pompeo explained the assessment is based on intelligence, weapons used, level of expertise needed to execute the operation, recent similar Iranian attacks and the fact that no proxy group operating in the area has the resources or proficiency to act with such a high degree of sophistication.

The statement comes after Iranian President Hassan Rouhani stated that Iran attaches particular importance to ensuring security in the Persian Gulf and in the entire Middle Eastern region.

The IRNA news agency said earlier in the day that Iranian rescue teams saved 44 people, including Russian nationals, after the two oil tankers were hit by explosions in the Gulf of Oman.

Kokuka Courageous tanker and another oil tanker, Front Altair, were hit by explosions in the Gulf of Oman near the Strait of Hormuz on 13 June. The cause of the incident remains unknown. According to some reports, the vessels were subject to a torpedo attack, which caused explosions and fire on at least one vessel. However, there was no official information on the cause of the incident. All crew members of the tankers were evacuated to Iran.