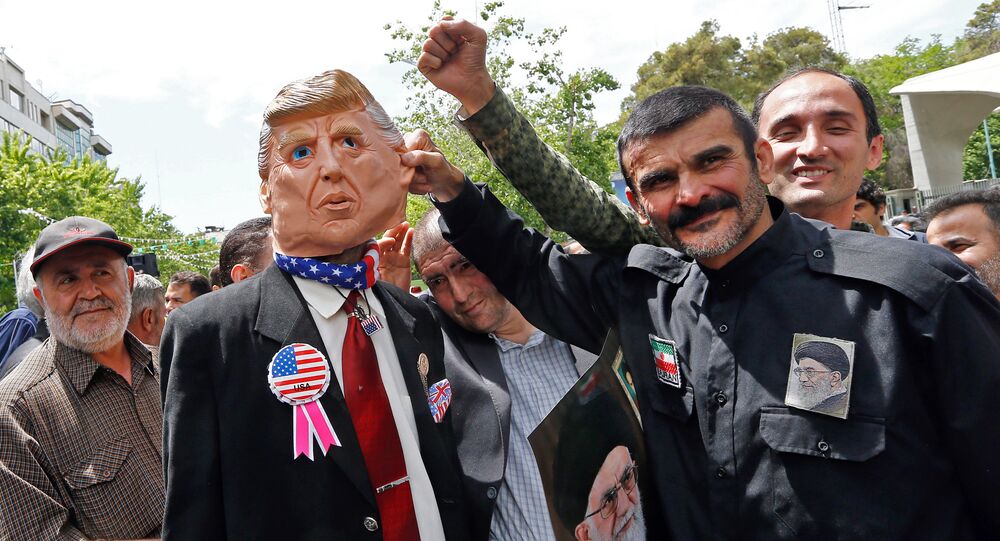 Iran’s ties with the US have long been strained, especially after Washington intensified its sanctions pressure on the Islamic Republic and its business partners, as well as deployed additional troops and equipment to enhance its positions in the Middle East, with the latter sparking concerns of a possibly looming military confrontation.

In comments to the country’s Fars News Agency, Iranian Major General Gholamali Rashid bragged about his nation's "spirit of resistance" that would play a key role while tensions continue to rise between Iran and the US:

"If the criminal America and its Western and regional allies don't dare carry out a face-to-face military attack against our country, it is because of the spirit of resistance and sacrifice of the people and youth", the agency cited the commander as saying.

Tensions have surged between Iran and the United States after Washington sent more military forces to the Middle East, including an aircraft carrier, B-52 bombers, and Patriot missiles, in a show of force against what the White House says are Iranian threats to its interests and security in the region.

Hesameddin Ashena, an adviser to Iranian President Hassan Rouhani, took to Twitter on Wednesday to address US Secretary of State Mike Pompeo:

"You @SecPompeo do not bring warships to our region and call it deterrence. That's called provocation. It compels Iran to illustrate its own deterrence, which you call provocation. You see the cycle?" he tweeted.

Hours later on Wednesday, Fars cited a different Guards commander as saying that the elite force and regular Iranian military units had complete control of Gulf’s waters north of the Strait of Hormuz, including “the American battleships”.

US Central Command addressed the military confrontation in a statement, saying they “stand ready with their allies and partners to ensure freedom of navigation and the free flow of commerce throughout the U.S. Central Command area of responsibility”.

Earlier, on Sunday, POTUS Donald Trump tweeted that in the case of Iran seeking a “fight”, that “will be the official end of Iran”, warning the Islamic Republic “not to threaten the US again”. The acting US defence secretary, meanwhile, claimed that the US is not seeking a war with Iran.

Relations between the US and Iran went into a downward spiral after Washington withdrew from the Iran nuclear deal and re-imposed economic sanctions against the Islamic Republic. The sanctions pressure on Iran's oil industry intensified in May after the US ceased waivers to some countries that had been continuing to import oil from the heavily restricted state.