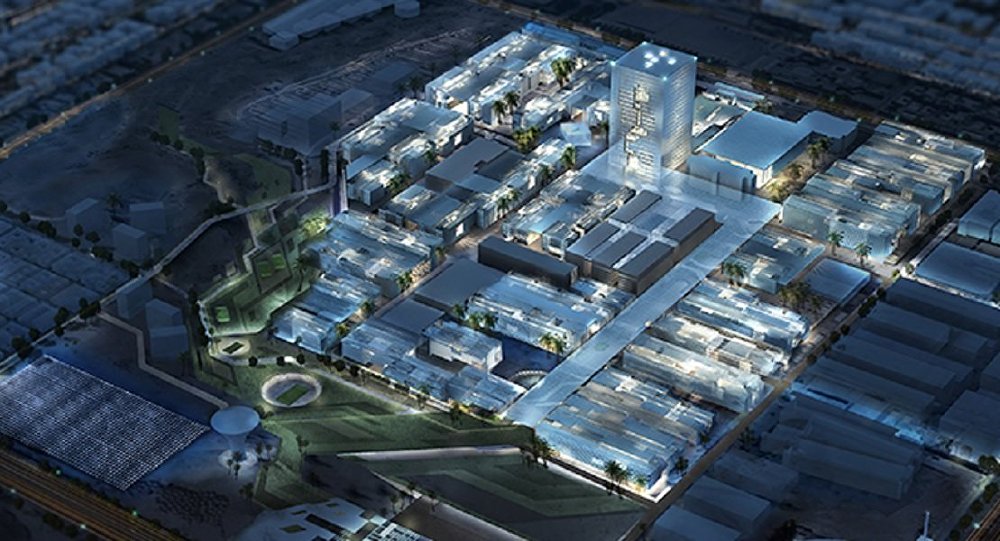 Riyadh has been showing interest in building nuclear power plants as a mean to diversify its energy supplies as a significant part of the fossil fuel produced in the country is consumed to power its growing electricity needs.

Saudi Arabia is close to completing the construction of its first nuclear reactor in the King Abdulaziz City for Science and Technology in Riyadh, Robert Kelley, a former International Atomic Energy Agency (IAEA) director told Bloomberg after analysing satellite images from Google Earth. Kelley said that judging by the photos it's a 30-kilowatt research reactor, which will be ready to function within a year.

The reactor itself was designed by the Argentinian company Invap SE, but the engineering was completed by Saudi specialists. Argentinian envoy to the IAEA, Rafael Mariano Grossi, has confirmed to The Guardian that Invap was in charge of designing the reactor and that it will be operational "by the end of the year roughly".

Saudi Arabia has been looking to build nuclear power plants across the country in a bid to diversify power supply sources as a part of its "Vision 2030" programme. Riyadh indicated that a significant portion of energy resources drilled in the country is being consumed by its growing power needs.

Saudi Arabia has so far only adopted the Small Quantities Protocol, regulating control over the countries that operate nominal amounts of fissile material, but doesn't include the rules and procedures allowing international bodies to conduct extensive inspections.

The news about the reactor's near completion also come amid an ongoing US Congressional investigation into the US DoE (Department of Energy) granting seven permits for American companies to transfer sensitive nuclear technologies to Riyadh, allegedly under pressure from the White House, which is seeking to cooperate with Saudi Arabia in the area of nuclear energy.

The transfer of such technologies is supposed to be preceded by the adoption of Section 123 of the US Atomic Energy Act of 1954, also called the "golden standard", by the recipient country. The "standard" is designed to ensure the non-proliferation of nuclear technologies and the peaceful nature of a nuclear programme and IAEA inspections in the country. At the same time, Riyadh has refused to adopt the "golden standard", which became a stumbling block in its negotiations with the Barack Obama administration.