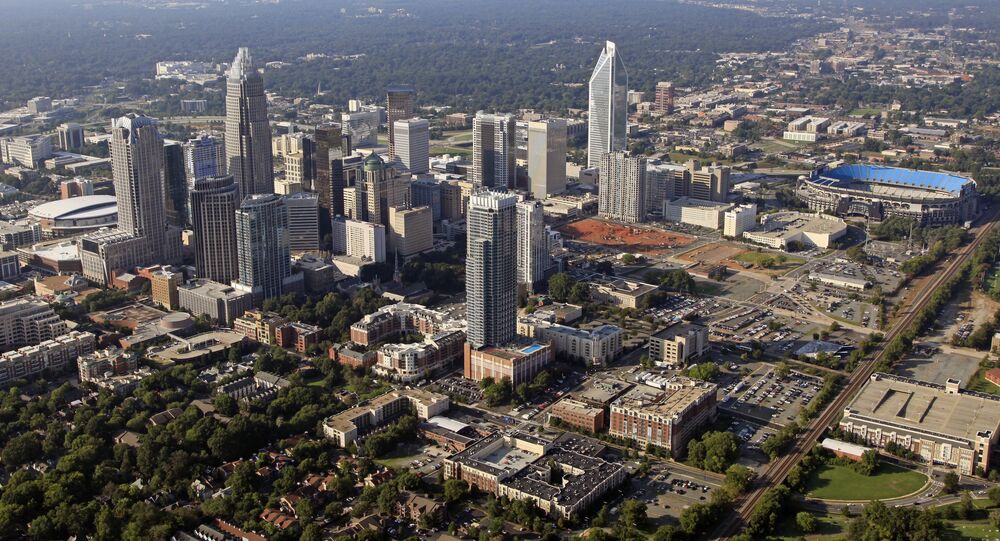 A US decision to formally back Israel and recognise its sovereignty over the Golan Heights that the Jewish state seized from Syria and claimed to be its territory decades ago, has been condemned by Iran, Russia, Syria, Turkey, as well as other countries, and turned a UN Security Council meeting into something of a show.

Syria's UN Ambassador Bashar Jaafari made some smile and the Israeli envoy shake his head at a UN Security Council meeting with a rebuke to the US over its recognising the sovereignty of the Jewish state over the Golan Heights. He noted that the US has plenty of their own lands to give to Israel instead of other country’s territories.

The Syrian diplomat accused the Trump administration of trying to please the Israeli lobby in the US and boost the chances of incumbent Israeli Prime Minister Benjamin Netanyahu during upcoming elections amid bribery and fraud allegations against him.

READ MORE: Hagia Sophia to Be Turned Into Mosque in Response to US Shift on Golan — Erdogan

"Don't be misguided by thinking that one day this land will be yours due to hypocrisy or due to being a pawn in the electoral game where you bring each other support, so the Israeli can succeed in their elections and the Americans can also get support from Israeli lobbying groups in the US”, the Syrian envoy said, noting that the Golan Height will ultimately "come back" to his country.

The United Nations Security Council (UNSC) discussed the situation in Syria during a meeting in New York after US President Donald Trump signed a proclamation formally recognising Israel's sovereignty over the Golan Heights. It was called at the request of Damascus, who insists that Washington’s move runs counter to UN resolutions on the matter.

The Golan Heights, a strategically important area due to its water resources among other reasons, has been under Israel's control for decades. They were seized by Israel from Syria during the Six-Day War in 1967. Fourteen years later, the Israeli parliament unilaterally proclaimed sovereignty over the territory; however, the UNSC declared that the motion was "null and void and without international legal effect". In 2018, the UN General Assembly also adopted a resolution urging Israel to immediately withdraw its forces from the area after the country organised local elections in the area on 30 October.

While greeted by enthusiasm in Israel, the US president's executive order has been condemned in Russia, Syria, Iran, Turkey, and many other countries. Washington’s key allies in Europe, including France, Germany, and the UK, confirmed they won't back Israeli sovereignty over the Syrian territory, which as they have noted is a violation of UN Security Council resolutions regarding the issue.