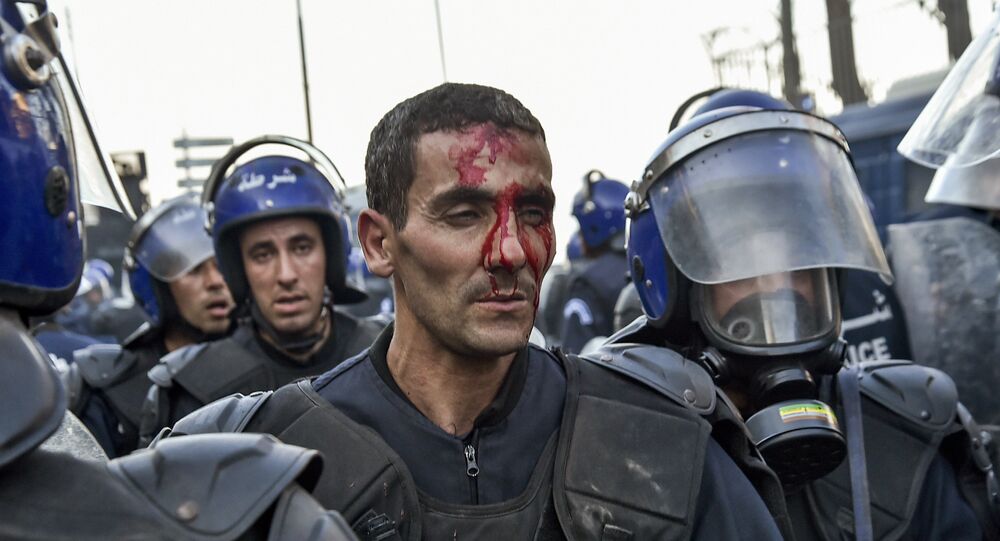 People all across Algeria have been protesting against the nomination of 82-year-old President Abdelaziz Bouteflika as a candidate for the forthcoming presidential election for a fifth consecutive term.

Chief of Staff of the Algerian People's National Army Ahmed Gaid Salah said on Tuesday that the military would ensure security and would not allow the country to return to an era of bloodshed, according to the Ennahar TV station.

He said there were some parties that wanted Algeria to return to the "years of pain", referring to a civil war in the 1990s, known as the Black Decade. He, however, didn't name those parties.

© REUTERS / Ramzi Boudina
Algerian Prez Promises if Reelected to Hold Snap Elections Without Him - Reports
Salah, who is also the Vice Minister of Defence, further said that the "people who managed to defeat terrorism, know today how to act under the circumstances the country is living through".

In a parallel development, the TSA news website reported that Algerian riot police fired tear gas on Tuesday to disperse demonstrators protesting against Bouteflika’s bid for a fifth term. The move was made to stop protesters from marching on the presidential palace.

Thousands of university and secondary school students spilled onto the streets of the Algerian capital, Algiers, earlier in the day, chanting "No fifth term" and "By peaceful means", El Khabar newspaper reported.

© AFP 2020 / FAROUK BATICHE
Thousands of Students in Algeria Protest President’s Reelection Bid
The remark comes amid nationwide protests against Algeria's long-time President Abdelaziz Bouteflika, who intends to run for president for a fifth term. The presidential election in Algeria is set for 18 April.

Days after protests erupted, local media cited the head of Bouteflika's election campaign team as saying that the president planned to hold snap election within a year in case he is elected. He, however, will not run in this snap election.

The president, who suffered a stroke in 2013 and has since been wheelchair-bound, is reportedly in a Swiss hospital now, with his condition being assesed as critical.

Bouteflika assumed office in 1999 when Algeria was embroiled in a brutal civil war with Islamist rebels, and managed to strike a peace deal with them, having offered some of them amnesty.