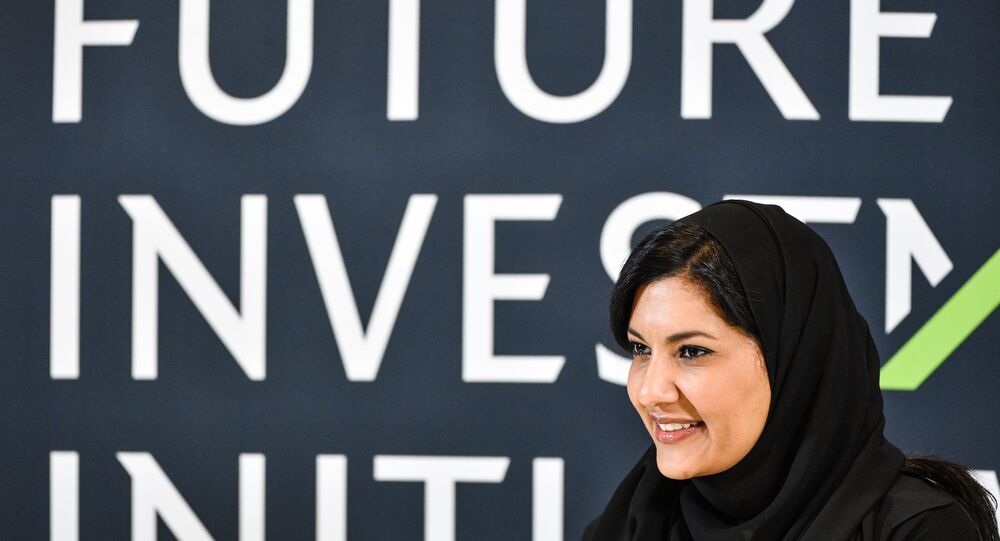 For the first time in Saudi Arabia's history, a woman will occupy a high diplomatic position, according to a royal decree published by the Saudi Press Agency.

"I extend the most sincere thanks and gratitude to His Majesty… the Crown Prince… for this precious trust in appointing an ambassador to the United States of America", Princess Reema bint Bandar bin Sultan wrote on her Twitter page.

© REUTERS / Bandar Algaloud
Saudi Crown Prince Visits Great Wall of China During Asia Tour (PHOTOS, VIDEO)
Princess Reema bint Bandar Al Saud is a daughter of the kingdom's longtime ambassador to Washington Bandar bin Sultan Al Saud who led the Saudi Embassy in Washington from 1983 to 2005. After that, he was appointed the head of the intelligence agency of the kingdom and combined the post of chief of intelligence with the post of head of the country's National Security Council.

In addition, by another decree, Prince Khalid, the younger half-brother of Mohammed bin Salman, who also heads the defence department, was appointed his deputy to the post of deputy defence minister with the rank of minister.