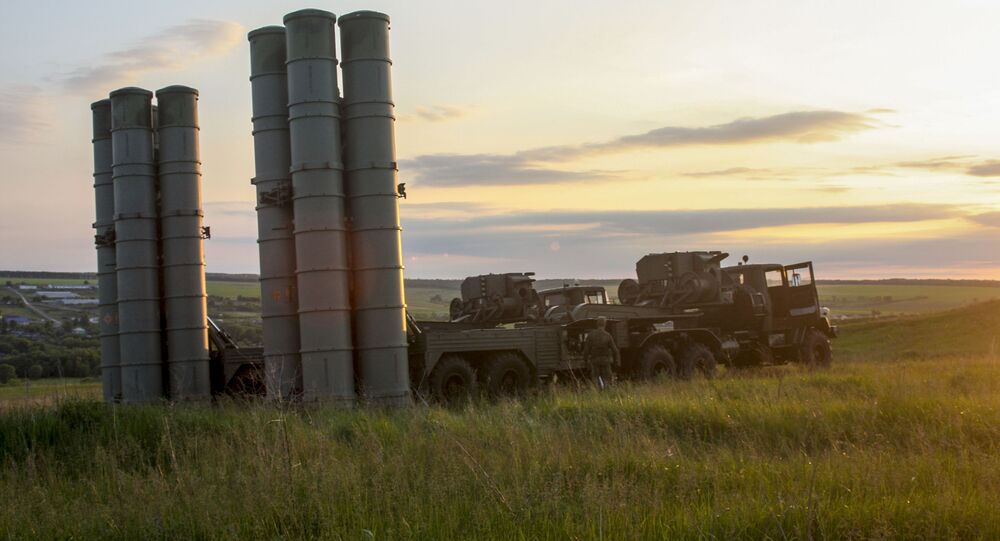 Russian-manufactured S-300 air defence systems, which have already been put on combat duty in Syria, may pose a "serious threat" to Israel Defence Forces (IDF) planes, according to National Interest contributor Mark Episkopos.

Describing the S-300 deployment to Syria as a "deconfliction measure", Episkopos argues that "Russia took so long to deploy these systems" not only because Syrian servicemen had to be trained how to operate the S-300s but also due to "Moscow's strategic caution".

"Russian strategic command may have hoped to deter further Israeli airstrikes with the threat of inactive S-300's being stockpiled in Syria, without having to take the added escalatory risk of deploying them," he noted.

These hopes "were dashed" after the recent wave of Israeli airstrikes on Syria, which Episkiopos claims might have been the "final straw" that prompted Moscow to deploy the S-300 systems in the Arab Republic.

In this regard, he went on to note that the S-300 batteries may become a potential threat to IDF aircraft "operating within western Syrian airspace where the Assad regime's government forces are heavily concentrated".

The author also suggested that the S-300 deployment may prove a "source of Russian leverage against Israel in Syrian deconfliction negotiations", scheduled for later this month in Moscow.

Isi claimed that "due to the current regional tension and the detected erection of the launchers it is possible that the mentioned activity indicates an increase of the operational level and alertness".

With Israel and Syria repeatedly exchanging fire, the latest Israeli airstrike hit what was described by the Jewish state as Iranian targets in the vicinity of Damascus International Airport. Syrian air defences reportedly destroyed over 30 Israeli missiles and guided bombs during the airstrike.

The air defence upgrade was announced after a Russian military plane was downed on 17 September by a missile launched by a Syrian S-200 air defence system targeting Israeli F-16 jets that were carrying out airstrikes in Syria's coastal region.

The Russian Defence Ministry blamed the Il-20 crash on the Israeli Air Force (IAF), claiming that its warplanes used the Russian aircraft as a shield against Syrian air defence systems. 15 Russian servicemen died in the accident.

Israel, in turn, claimed that it warned Moscow about the upcoming air raid in the area in a timely fashion.