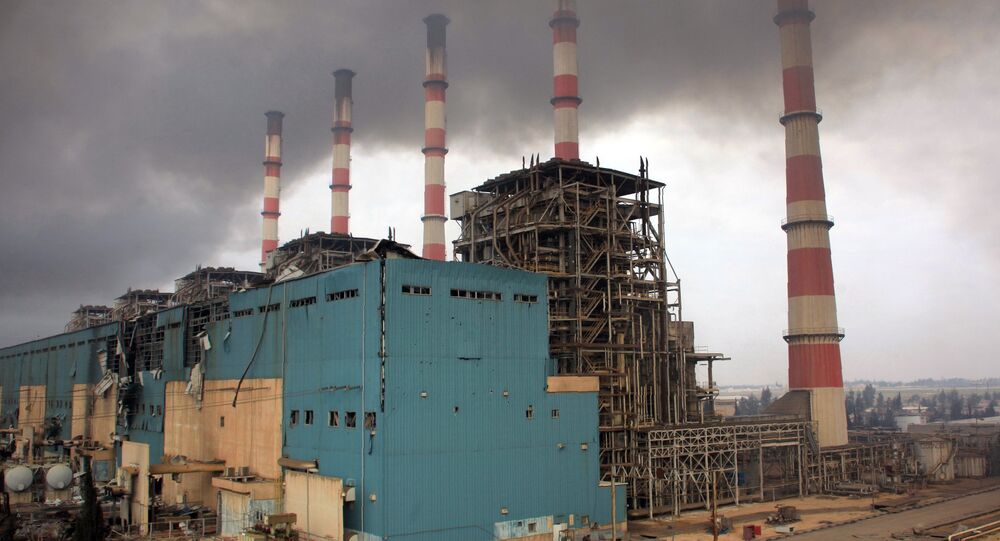 DAMASCUS (Sputnik) - Iran will build several power plants in Syria within the framework of a memorandum on economic cooperation with Damascus, the construction of first power plant will start in Latakia on Tuesday, Iran’s First Vice-President Eshaq Jahangiri said Monday.

"We signed a contract on cooperation in the construction and reconstruction of several power plants in Syria. The foundation stone for the first such plant will be laid tomorrow in Latakia," Jahangiri said at a news conference following the meeting.

The 14th meeting of the joint Iran-Syria intergovernmental commission on economic cooperation was held in the Syrian capital Damascus earlier in the day. Syrian Prime Minister Imad Khamis and Iran’s First Vice-President Eshaq Jahangiri signed an agreement for long-term economic cooperation between the two countries.

Moreover, the sides also signed nine memorandums on mutual understanding in such areas as fighting the financing of terrorism and money laundering. The memorandums also cover housing, culture, education and investment.

Syria has been devastated by years of violent war with terrorist and armed opposition groups, which led to the destruction of its infrastructure and a major humanitarian crisis in the country. The Syrian authorities are currently engaged in rebuilding the country.

© AP Photo / Lefteris Pitarakis
At Least 13 Civilians Killed in Int'l Coalition Strike in Syria - Reports
Russia and Syria signed two road maps on energy cooperation in 2018. One of them envisions electricity projects, and the other is related to oil and gas industry, including the parties' joint work on restoring production facilities, refineries and underground reservoirs.

Russian Energy Minister Alexander Novak said in October that Russian and Syrian officials have discussed the prospects of restoring the energy sector in Syria, including the modernization of four thermal power stations and the reconstruction of the country's gas transportation system.

© AP Photo / Amir Cohen
'Get Out Fast': Netanyahu Warns Iran, Vows to Continue Air Raids in Syria
Last year, US President Donald Trump announced that Washington would not provide financial support for Syrian reconstruction unless the United Nations says there is a democratic power transition in the Syrian political system. In October 2018, Russian Foreign Minister Sergey Lavrov announced that the United Nations issued a secret directive which prohibits the UN agencies to participate in any projects aimed at restoring the Syrian economy.

UN estimates that the reconstruction of Syria will cost more than $250 billion. Sergey Lavrov has urged numerous UN agencies to prioritize international efforts to resolve the country’s problems "in the interest of all Syrians with no double standards."