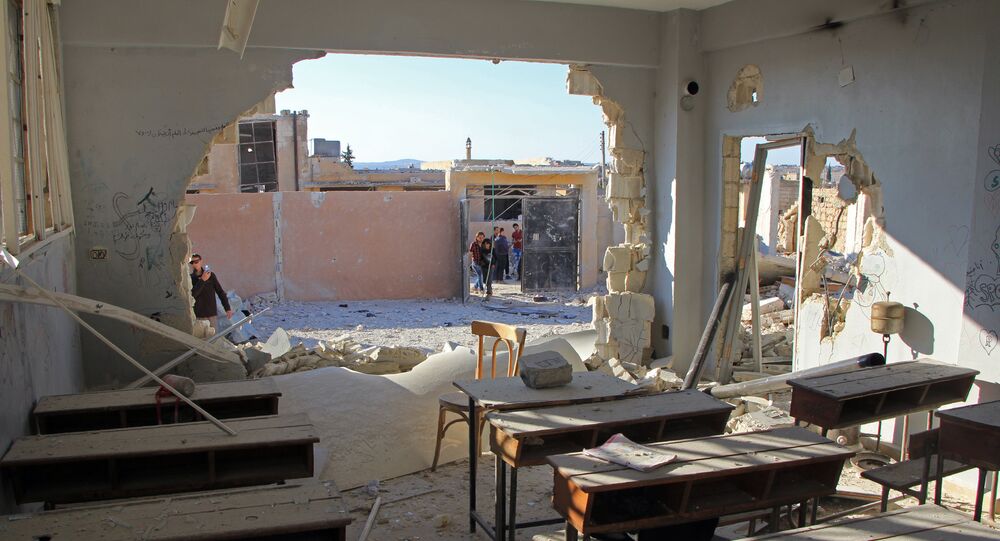 US Secretary of State Mike Pompeo said Wednesday that the US would stop any reconstruction assistance to Syria so long as Iranian forces are present in the war-torn country, AFP Reported

"The onus for expelling Iran from the country falls on the Syrian government, which bears responsibility for its presence there," Pompeo told the Jewish Institute for National Security of America as quoted by AFP.

"If Syria doesn't ensure the total withdrawal of Iranian-backed troops, it will not receive one single dollar from the United States for reconstruction," Mike Pompeo was quoted as saying by AFP.

© REUTERS / Sergei Karpukhin
Russia Trying to Mediate Between Iran & Israel as Syria Tensions Simmer – Report
Last week, US Special Representative for Syria Engagement Jim Jeffrey and Special Envoy Joel Rayburn said in a a joint press release that the US reaffirms that it would not provide any reconstruction aid to Syria until there is progress on the UN-led political process. The US officials stressed the United States is determined to reach a political solution that separates the Syrian government from Iran and its proxies, ensures Damascus does not threaten its regional neighbors, and ensures it guarantees the safe return of displaced persons, among other requests.

Last month, US National Security Advisor John Bolton said that US military will stay in the country until Iran forces move outside the country's borders.

According to AFP, the United States has some 2,000 troops in Syria, mainly training and advising rebels. Mike Pompeo said that fighting Daesh "continues to be a top priority" but listed rolling back Iran as another.

The United States has repeatedly condemned Iran for providing financial and military support to the Syrian government. In May, President Donald Trump announced his decision to leave the Joint Comprehensive Plan of Action (JCPOA) and re-impose sanctions on Tehran and third states doing business with Iran.

The US move was condemned by other signatories to the accord, who have expressed their commitment to preserving the deal.

READ MORE: Russian MoD: US Troops Have No Legal Basis to Further Conduct Ops in Syria