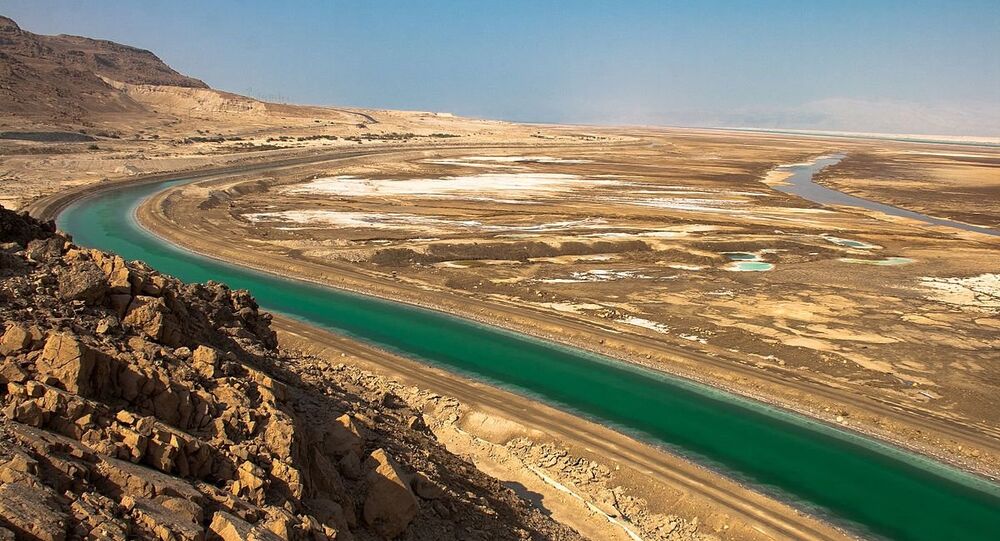 The Red Sea-Dead Sea water project, a planned 200 km canal which would bring water from the Red Sea to a desalination centre in the Dead Sea port of Aqaba, Jordan, has been under consideration since 2013, but stalled by bureaucratic hurdles and diplomatic tensions. Recently, Tel Aviv signalled its willingness to move forward with the project.

Tel Aviv's commitment of at least $1 billion to the water project, which will bring potable water to Jordan, Israel and Palestinian territories in the West Bank, is more political and strategic than it is economic, Haaretz contributor Ora Coren believes.

According to the journalist, while the project "isn't vital for Israel's water economy and will incur unnecessary economic costs," it derives from "a strategic interest in maintaining a stable regime in Jordan," and preserving the 1994 peace treaty between Israel and Jordan which saw Amman becoming the second Arab country after Egypt to formally establish diplomatic ties with Tel Aviv.

© REUTERS / Ronen Zvulun
Jordan Accuses Israel of Violating Its Airspace Over New Airport Opening
Coren suggested that the requirement for Israel to finance part of the project and then buy the water from a desalination plant to be built on the Jordanian side of the border is not sensible from an economic standpoint, with "the cost of this water [being] particularly high considering that Israel can desalinate at half the prospective cost."

On the other hand, "the need to keep the stability of Jordanian King Abdullah's regime and prevent ISIS [Daesh]* or Iran from establishing control along what is Israel's longest border" seems like an overriding priority, the analyst added.

Jordan, Israel and the Palestinian Authority signed the deal in 2013, with the pipeline's pumping station expected to pump tens of millions of cubic meters of water per year, half of this processed by a desalination plant by Jordan and Israel and the rest channelled into the Dead Sea to prevent the latter from drying up. As an added bonus, the project would also produce some 32 megawatts of power, but power usage by the desalination plant and pumping stations is expected to make it a net energy consumer.

© AP Photo / Mohammad Hannon
Israel, Jordan Pursue $2 Billion Project to Pipe Water From Red Sea to Dead Sea
In addition to economic considerations on the Israel side, the project has also been held back by diplomatic tensions between Israel and the Palestinian Authority, as well as Jordanian insistence that East Jerusalem is recognised as the capital of a future Palestinian state. The deal was pushed back further in 2017 after a security guard at the Israeli Embassy in Amman shot a Palestinian attacker and Jordanian bystander dead during a stabbing attack. Israel issued an apology over the incident last January following a probe.