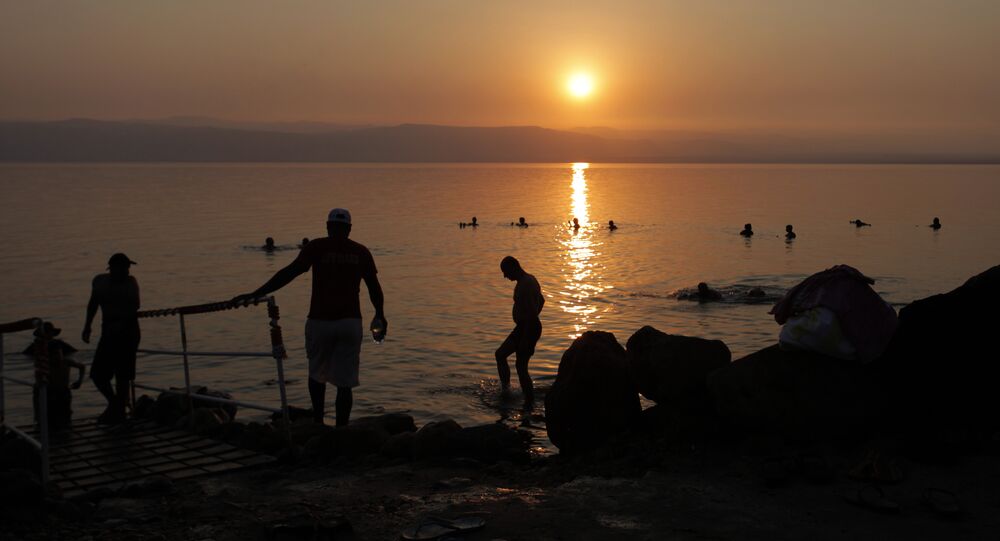 The project was initiated back in 2013, but its implementation was hampered by political tensions pertaining to the Israeli-Palestinian peace deal and the killing of two Jordanians by an Israeli security guard at the embassy in Amman in 2017.

Israel's Regional Cooperation Minister Tzachi Hanegbi has signalled the country's readiness to continue cooperating with Jordan on a project to supply water from the Red Sea to the Dead Sea.

"The Red Sea-Dead Sea canal will enable Jordan to deal with its water troubles, allow us to work toward saving the Dead Sea from drying up, and most importantly strengthen the peace between us and an Arab state that maintains a peace agreement with Israel", Hanegbi was quoted by the Israeli news network Hadashot TV as saying.

According to him, each country plan to allocate $40 million per year to the project for the next 25 years, in what would amount to a total sum of at least $2 billion.

Hanegbi voiced hope that the Israeli cabinet would vote to approve the Red Sea-Dead Sea project, which aims to pipe water from the Red Sea to a desalination centre in the Jordanian port of Aqaba located 200 kilometres (125 miles) north of the Dead Sea, a salt lake bordered by Jordan to the east and Israel and the West Bank to the west.

Earlier, Hanegbi described the project as something which he said is "important for regional cooperation", adding that "[Israeli] Prime Minister Benjamin Netanyahu was convinced that peace has a price, and he agreed to it".

Although a bilateral agreement on the project was signed back in 2013, its implementation was then stalled by bureaucratic and financing hurdles as well as diplomatic tensions between Israel and the Palestinian Authority over the peace deal.

© AFP 2021 / AHIKAM SERI
Israel to Sell Gas to Egypt, Jordan and Plans to Go to EU Market - Energy Minister
Jordan and Egypt are the only Arab countries to retain diplomatic ties with Tel Aviv, and among the few not to deny the existence of the state of Israel.

After the 1994 bilateral peace agreement, Jordan became the second Arab country after Egypt to establish diplomatic relations with Israel. However, Amman maintains a hard line on the issue of East Jerusalem, which Jordanian King Abdullah II recently reiterated should be the capital of a future Palestinian state.